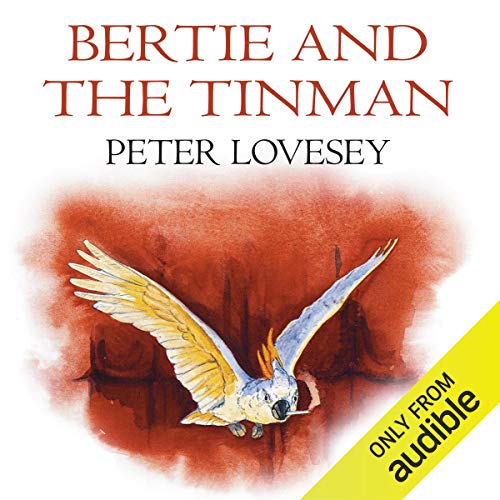 Bertie and the Tin Man

By: Peter Lovesey
Narrated by: Terrence Hardiman
Try for £0.00

It is 1886 and the greatest of all jockeys, Fred Archer, has put his gun to his head and shot himself. An inquest is arranged with indecent haste. His mind was unhinged by typhoid, say the jury, despite conflicting evidence.

The Prince is suspicious. He admired Archer. He knows the Turf better than anyone on that jury and he has personal experience of typhoid. When he learns that Archer’s last words were, ‘Are they coming?’ he decides on action. He will turn his unique talents to solving the mystery and tell us in his inimitable fashion how he does it.

What listeners say about Bertie and the Tin Man

This book is a departure for the author from his modern detective novels, such as the Peter Diamond series. I thought I'd give it a try and greatly enjoyed this story mixing real people and events with imaginative fiction in which the Prince of Wales, prior to becoming Edward the Seventh, investigates the suicide of a champion jockey. The book is pacey, at times humorous with well-drawn characters and excellently performed by the narrator. It made a nice change from some of the gritty modern detective novels I've read recently.

Bertie isn't convinced by the apparent suicide of champion jockey Fred Archer, aka The Tinman. He decides to turn detective to uncover the truth of the matter. He's not the world's greatest detective so it's fortunate that he has his day job as The Prince of Wales to fall back on.

A lighthearted and very entertaining listen with a wealth of historical detail.

If you could sum up Bertie and the Tin Man in three words, what would they be?

If you’ve listened to books by Peter Lovesey before, how does this one compare?

I have read a few of his Cribbs books and you wouldn't be suprised to know this is the same author but the characters in these are quite different.

The whole plot is absurd. The Prince of Wales goes around either sleeping or drinking with the cast. Lots of shady horse riding shinnanigans going on. Talking parrots, vaudeville, dressing as a commoner dontcherknow. I kept asking myself why I was listening to it but in the end it was all catchy, harmless fun. Classic cosy mystery.

Not thrilled with this one

I guessed the villain in this one early on...too early on because then I had to finish listening. Loved the narration by Terrence Hardiman, but found it difficult to listen to the Prince of Wales was poetic about being a detective and how hard his life as a prince is.

This was a very good book. And I loved the narrator's accent. The book was a mystery that kept me guessing "who-done-it" all the way through. It's a bit slow at the beginning but it definitely picks up afterward.

A combination of history, murder mystery, detective novel, packaged with British humour and the perfect performance to bring it all to bear.