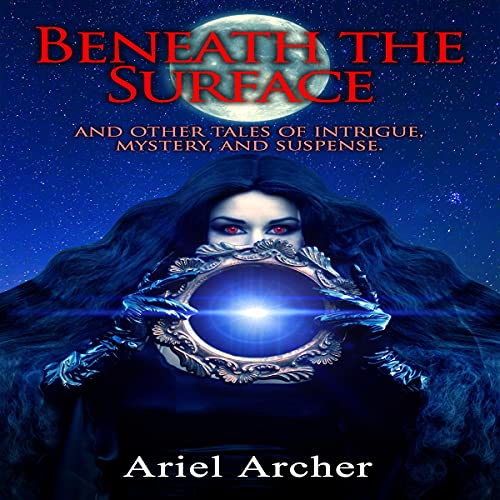 By: Ariel Archer
Narrated by: Savy Des-Etages
Try for £0.00

A 7-year old girl saved from drowning with the sinking of the Titanic by...a mermaid? A copy-cat serial killer, separated by four decades and an ocean from the original, only to "rip" through the wrong neighborhood. Everything that could go wrong aboard a prototype airship's maiden flight does go wrong.... Is it true what they say about gremlins? And a group of friends from the city spending a serene summer by the lake in scenic upstate New York.... Do you really want to know what they did?

Beneath the Surface: And Other Tales of Intrigue, Mystery, and Suspense, featuring the title story, plus "When Jack Got Ripped...Again", "Gremlin on a Zeppelin", and "Quite a Raquette", all part of Ariel Archer's debut into the world of literary wonder from early 20th century America.

Prolific and profound prose that you'd expect from one of New York's most savvy young female editors and journalists, including some of her selected verse as well. Too deep? You've just scratched the surface.

What listeners say about Beneath the Surface