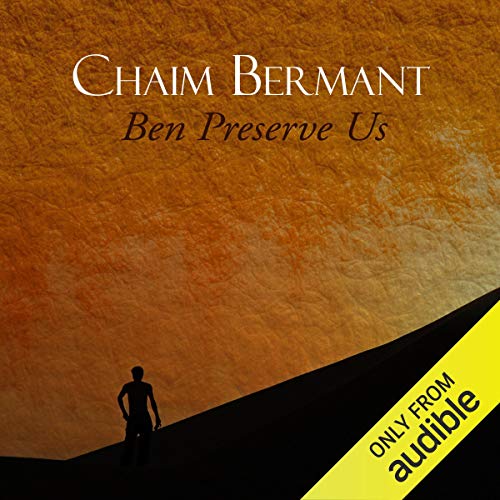 I bring you up to believe that nothing is good enough for you, and you grow up to be good for nothing.

Thus, Mrs. Bindle, on learning that Ben, her only-begotten son, has decided to be a Rabbi; what is more, a Rabbi in a small provincial town in Scotland. Her anxiety proves to be not unjustified, although Ben's chosen career has its compensations-perhaps Helen, the promiscuous teenage daughter of his housekeeper; perhaps Simmy, the young wife of an elderly parishioner; perhaps the whole incident-prone pace of the pawky Scottish town in which this richly-human story is set.

First published in 1965, Chaim Bermant's third novel has all the wit, warmth and colour of its critically-acclaimed forerunners.

What listeners say about Ben Preserve Us

A Jewish "Annals of the Parish"!

Well narrated. Humorous, well-observed social comedy about a small Scots-Jewish "parish" told by its young (English, rich) Rabbi- who nevertheless adjusts very quickly to the culture shock, manages his snobbish mother (who regards the rabbinate as an occupation not much better than drug-dealing!), relates his experiences with an amusement and love that neither Rev Micah Balwhidder, of John Galt's ill-recognised masterpiece, or Rabbi David Small, Harry Kemelman's wee town amateur detective in Eastern USA, ever achieved.
Scots-Jewish humour is hard to beat, though maybe Irish-Jewish would match up.