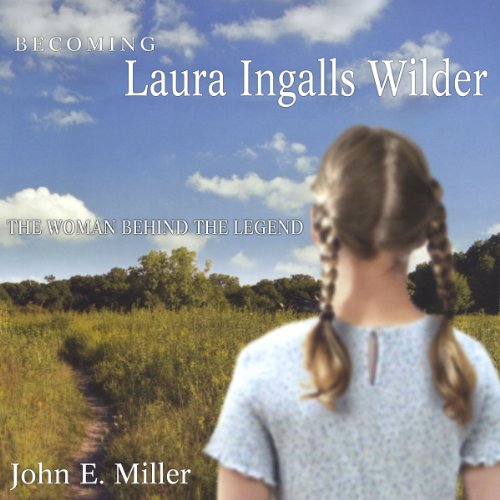 Becoming Laura Ingalls Wilder: The Woman Behind the Legend

Although generations of readers of the Little House books are familiar with Laura Ingalls Wilder's early life up through her first years of marriage to Almanzo Wilder, few know about her adult years. Going beyond previous studies, Becoming Laura Ingalls Wilder focuses upon Wilder's years in Missouri from 1894 to 1957. Utilizing her unpublished autobiography, letters, newspaper stories, and other documentary evidence, John E. Miller fills the gaps in Wilder's autobiographical novels and describes her 63 years of living in Mansfield, Missouri. As a result, the process of personal development that culminated in Wilder's writing of the novels that secured her reputation as one of America's most popular children's authors becomes evident.

"Miller draws on Wilder's unpublished autobiography, existing letters written to her daughter and to her husband on the few occasions she traveled without him, and her fiction and ‘newspaper stories, local histories, land records', which he mines to create an impressively detailed context for her life.... Miller does not try to make her any more - or less - than she was, and that is the virtue of his biography." ( Washington Post Book World)
"Miller's absorbing new biography...puts the author's early years in context before focusing on her adult life as a farmer's wife, mother, journalist, and budding author.... Miller uncovers facts about Laura's life that were not revealed in her own work, and he places her experience in a broader context. He makes her days on the frontier and the farm come alive with statistics on population and demographics as well as rich details about Indians and wildlife." ( In These Times)

What listeners say about Becoming Laura Ingalls Wilder: The Woman Behind the Legend

A must listen to, if you love Laura Ingalls Wilder, you will,love listening to this audio book 4 stars

A little too much Rose

Yes, because I learnt so much about the history and what it would have been like, and I am American Studies Major!

That it was possible to hear otherwise dry facts in a way that made sense to me.

Which character – as performed by Paula Faye Leinweber – was your favourite?

hearing about Laura as an old woman and all the social and industrial change that had happened in one lifetime.

The only thing I didn't like was that for a book about Laura there was a lot of Rose in it.

I listened to this one for the first time on my way to and from visiting De Smet, South Dakota, the Wilders' first home for those of you who don't know the history. So as I was driving around a touring, this was a great companion to what I was seeing. I've been a Little House fan since I was a little girl, so as an adult I got to geek-out on this road trip. But this book provides a lot of new details that aren't in other books about Wilder. And the narration is very good for a biographical work. For Wilder fans, I'd say this is a must-read!

Where does Becoming Laura Ingalls Wilder: The Woman Behind the Legend rank among all the audiobooks you’ve listened to so far?

The hard work and the way they travel and move all over the place like these places were just up the street.

Listening to the relationship between Laura and Rose. It made them jump out of the book at you. Even back then there were differences of opinions between such an amazing Mom and her daughter.

Almanzo being so sick and Laura being by his side the whole time.

They were the true American pioneer's who helped build this great country.

I would agree with other reviewers, there is too much Rose at the end but Rose was the one who left behind a diary etc. so I suspect the author was using what he had.

Way to much Rose

This book starts out very interesting, alot of back ground on the Ingalls family but after the first few chapters it became about her daughter Rose Wilder Lane and to be honest by the end of the book I really didnt like Rose very much.

The last chapter was really beautiful, it went back to Laura and Almanzo's story.

What about Paula Faye Leinweber’s performance did you like?

She did a good job,

Was Becoming Laura Ingalls Wilder: The Woman Behind the Legend worth the listening time?

No not really, way to much about Rose and most of that didn't show her in a good light.

Not what I thought it would be

Although I learned a little about Laura, Almanzo and Rose Wilder, I felt the narrator Droned on and on, repeating things already said. 😞 Disappointed in overall book.

Glimpse behind the curtain

This book satisfied my curiosity about who Laura Ingalls Wilder was as a real life person. Far from perfect, refreshingly like the rest of us. I happened to read one of her books again as an adult several years ago and was delighted yet again at the story. Some things we enjoyed as children lose their magic when we try them again in our grownup skin (like ketchup on tacos). I loved the letters that were passed between mother and daughter. I can’t help but think they wouldn’t have given any thoughts to them being published and therefore were written without pretense

I listened to this audiobook about the life of Laura Ingalls Wilder. A rewiew of her life. Lots of facts and lists. Interesting to hear about her life. I am a huge fan of her books and have read them many times over, both as a child (first book I ever read by myself) and as a grown up. Highly recommend this book.

Too Much About Rose?

I enjoyed learning more about Laura Ingalls Wilder’s life and how she eventually became a writer. I also enjoyed all of the history that that happening in the world and the US and how it intertwined with Laura and Almanso’s lives. The only thing that I would change is how much the book talked about Laura and Almanso’s daughter, Rose, and her somewhat stormy opinions of her mother and her parent’s way of life. Rose helped Laura become the author that she was through her encouragement and her editing, so she definitely played an active role in Laura becoming a successful author. But possibly at least half the book was devoted to Rose’s viewpoints and mental health struggles. It should have been a book titled “Becoming Laura Ingalls Wilder and her daughter Rose too.” I would have liked to hear more about Laura herself. Though her Little House books give us a biography better than any we could piece together from her letters and news articles.

Story Could be interesting....

But it's not told in a fun way and the narrator is WAY to airy and I have a high tolerance for that.