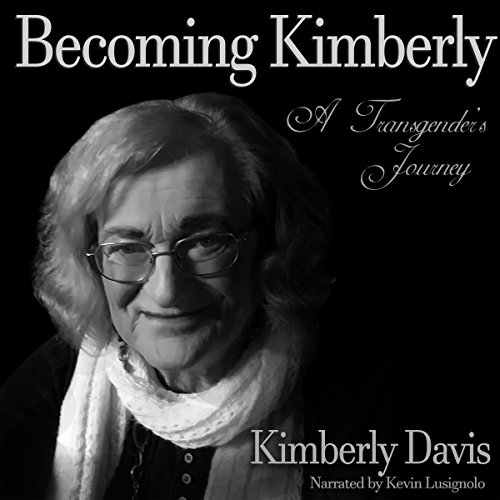 Kimberly Davis knew who she was on the inside. Despite being born a male, she was very much a woman. Unfortunately, the realities of living in a rural, redneck area forced her to dress and act as a man. She spent 63 years living as one. It was only when her beloved wife passed away that Kimberly decided to complete her transition. She took her wife’s death as a sign that it was time to start finally living as herself.

This poignant memoir chronicles every step of her transition, from her first feelings of gender dysphoria to the surgery that completely changed her life.

Kimberly thought long and hard about her decision to have gender-reassignment surgery, and she candidly discusses the challenges the transition entails. While the obstacles often seemed enormous, Kimberly managed to find the hope and humor in each small moment. She details the tips her coworkers gave her as she completed her transition, from clothes to makeup to everything else. Kimberly had been a woman all her life, but through the surgery, her courage, and help from her friends, she was finally able to show the world what she had seen all along.

What listeners say about Becoming Kimberly: A Transgender's Journey

I was looking forward to listening to this audible book but was disappointed. The book tells of Kimberlys story which was only just starting following the sad loss of his wife. It did concern me that she was suffering mentally following his wife’s death and was rushing into this new life.

The narrator sadly sounded like the guy from Carousel of Progress in Disney’s Magic Kingdom.

I struggled to stick with it I am afraid and found it to be poorly written and often repetitive.

This personal journey from Richard to Kimberly insightful look into an individual's transformation. Told as a journal, this moving account shares the highs and lows and day to day process of one woman's journey to become Kimberly. A moving read for anyone who wants to understand more, what it means to walk this Earth, be human, and accept who you are. As the author says, "Chin up and tits out." You got this.

Nothing dramatic. Just the facts and feelings presented gently, unlike many other transition stories that are all fluffed up and flaming.

I cannot believe I listened to 7 chapters

Very poor writing style. The further it went along the worse it got. It was like listening to the person who loved to talk; the person that everyone regrets having asked a question. 2 stars for a trans person to speak their story.