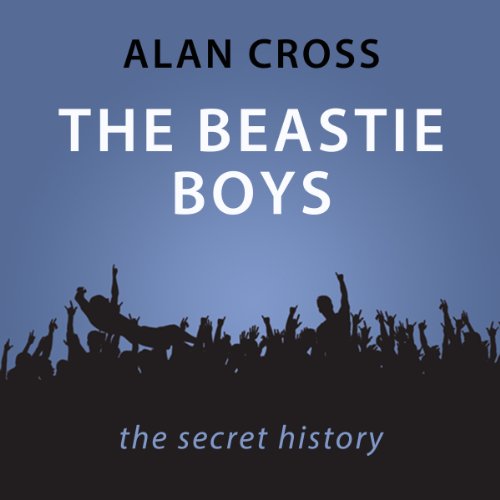 Tracing the arc of the Beastie Boys' career from three kids screwing around with samples and a microphone, to worldwide fame and credibility as one of the greatest bands of alternative rock, Alan Cross is at his best with this audiobook, Beastie Boys. From "Brass Monkey" to "Sabotage" and beyond, Canadian broadcast journalist Cross tells the story of the band that fused rock and rap with his usual wry wit and matter-of-fact storytelling. Born out of the hip-hop movement in New York in the 1980s, the Beastie Boys went on to run a record company, produce and direct films, record and perform solo work, and continue to sell records. A fitting tribute so soon after MCA's (Adam Yauch) death.

FULLY REVISED AND UPDATED. In this new audiobook, radio broadcaster and music writer Alan Cross narrates the definitive history of The Beastie Boys. Cross succeeds once again in revealing the fascinating history behind the music in the same compelling way we've come to expect from his long broadcasting career.
©2009 Alan Cross (P)2009 HarperCollins Canada

love it. not of course a full book but- - there the point it's just a 25 min refresh

some insight into the history of the Beastie boys but nothing new. it's a good thing this book is so short or I would lost interest and not finished it.