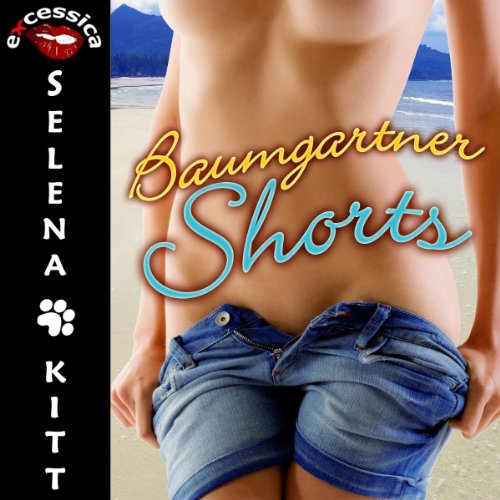 By: Selena Kitt
Narrated by: Taylor Quinn
Try for £0.00

Get both "Meet the Baumgartners" and "A Baumgartner Christmas", two stories in Selena Kitt's best-selling Baumgartner series for one low price!

Carrie swore off men after a relationship-gone-bad in her freshman year of college and is perfectly happy with her roommate and lover, Maureen, until she discovers Steve Baumgartner ("Call me 'Doc', everybody does") in a very compromising - and decidedly sexy-position. Meeting Doc complicates things, but when Maureen's very religious boyfriend becomes a real threat and the gang goes to Key West for summer break, Carrie finds herself swept away by circumstance into a whirlwind of lust and sexual discovery.

In spite of a brief experimentation early in their relationship, Doc and Carrie Baumgartner have since maintained a monogamous marriage without too much difficulty or even temptation - until now. A move far from home, coupled with new friends and long hours away from each other in classes or at work, have left the young Baumgartner couple on shaky ground. Doc believes bringing in someone "new" like they did early in their relationship might add just the spice their marriage needs, but Carrie isn't so sure about that plan. Doc has a surprise Christmas present for his wife anyway - but in an ironic twist, he discovers she has one for him, too, and each gift allows the Baumgartners to rediscover, in the true spirit of Christmas, an expansive love that includes not only their feelings for each other, but their ability to share that inclusive passion with others as well.

If you like Baumgartner Shorts, you may want to have more fun with this family!

What listeners say about Baumgartner Shorts

Two short stories, both involving one of Selena Kitt’s most well known families – the Baumgartners. I was first introduced to them in Babysitting the Baumgartners, and I can’t get enough of these books! Both stories are ménage (mff) and both are smoking hot. You don’t have to have read any of the other Baumgartner series to listen to these (but I’d recommend it, anyway, they’re all good) but I wouldn’t listen in polite company, because these two stories are truly too sexy for words!

This could have been SOOOOO much better!

I absolutely adore the Baumgartner series, up until now. This particular book has a different narrator than the entire rest of the series and this change threw me off. This particular narrator reminded me of "Bettie White" reading erotica even though its set during a time when the books namesake were younger and in college. It was awful and very off putting for me. A different narrator would have made this audio so much hotter.

Good story, reading is a bit too fast for my taste

While I thoroughly enjoyed this audiobook, I would have loved it even more had the narrator slowed down a little. She had a great voice and I thought the narration itself was wonderful. My only problem was with the speed in which she narrated. It seemed like she was speed-reading the entire story, while I wished she had only read fast during the scenes that should have a higher amount of tension and read the in-between scenes a little slower. Even in audiobooks, the pacing of a story is very important.

Great start to the Baumgartner series

Hot but not as good as the 1st book