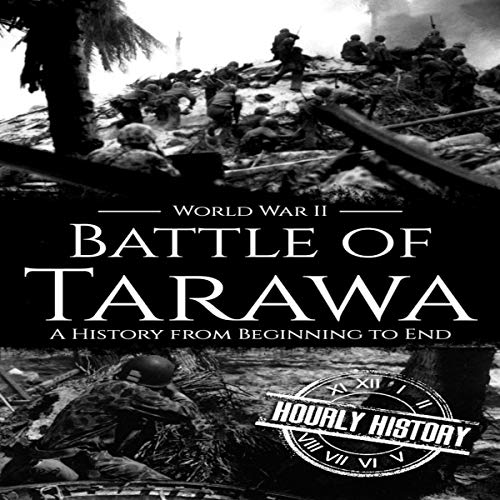 Battle of Tarawa - World War II: A History from Beginning to End

Battle of Tarawa - World War II: A History from Beginning to End

Discover the remarkable history of the Battle of Tarawa...

“It’s hell out there” was how one Marine described the assault on Tarawa, the US Navy’s first amphibious landing in World War II’s arduous Pacific campaign to bring the Empire of Japan to its knees.

In 76 hours of fighting, the Marines lost nearly as many men as had died during the six months of the Guadalcanal campaign. Military intelligence had failed to take into account the reefs around Betio, the target of the assault, or the low tides which prevented transport vehicles from bringing the Marines safely to shore. As Marines were forced to wade 700 yards from the stranded vehicles to the shore, many of them were shot by enemy fire or drowned from the weight of their packs.

When Americans back home saw the photographs of the bodies in the waters around Tarawa, they were horrified to realize that the route to Japan and victory would be strewn with the bodies of their young soldiers.

Discover a plethora of chapters, such as:

So, if you want a concise and informative book on the Battle of Tarawa, simply scroll up and click the "buy now" button for instant access!

What listeners say about Battle of Tarawa - World War II: A History from Beginning to End

I like how the book gives you are clear summary at the start. It then goes into depth on the pre, during and post battle events. The story was short and clear. It reinforced it main themes through repetition but it did not seem repetitive. It was well performed and the chapters well clearly delineated.