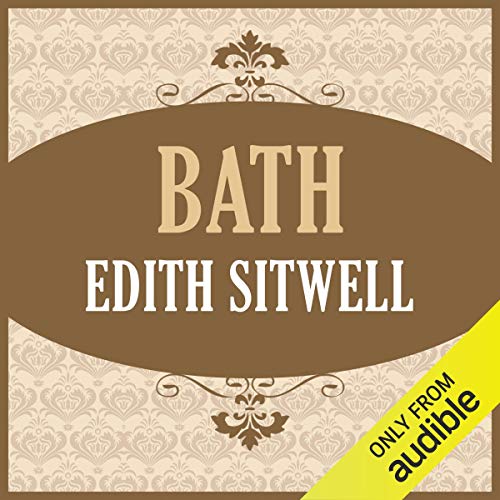 In 18th century Bath, where Beau Nash ruled as uncrowned king for so many years, the fashionable members of English society found a splendid justification for improving their health and enjoying themselves at the same time. They took the waters assiduously, gambled excessively, danced away the evenings at cotillion balls, and spent the mornings strolling along the Parades in their elegant finery, and exchanging gossip in the coffee houses.

Writers, actors, artists and politicians shared the city's delights with exalted members of the peerage; and over them all, the great Beau presided with avuncular authority. This audiobook, written with all the skill and visionary commitment of an established poet, recreates the atmosphere of Bath's famous century superbly, and faithfully mirrors several of the well-known personalities who graced the period with their wit, their talent and their eccentricity.

Here is Nash himself, generous to a fault, whose chief claim to fame must surely be the widespread improvement in English social behaviour that his strict control initiated; the charming blue-stocking, Elizabeth Montagu, who hated card games and strove to encourage literary causeries; the irascible Captain Thicknesse; the ascetic religious reformer, the Countess of Huntingdon; the famous ‘limner’, Thomas Gainsborough; Sarah Siddons, who bewitched almost everyone when she played at the old Orchard Street theatre; the talented, gentle Ralph Allen, who built Prior Park; that old knave James Quin, who retired to Bath after a hugely successful career on the London stage; and several others. Against a meticulously researched background, they are all convincingly brought to life.

Edith Sitwell (1887-1964) was born into an aristocratic family and, along with her brothers, Osbert and Sacheverell, had a significant impact on the artistic life of the 20s. She encountered the work of the French symbolists, Rimbaud in particular, early in her writing life and became a champion of the modernist movement, editing six editions of the controversial magazine Wheels. She remained a crusading force against philistinism and conservatism throughout her life and her legacy lies as much in her unstinting support of other artists as it does in her own poetry.