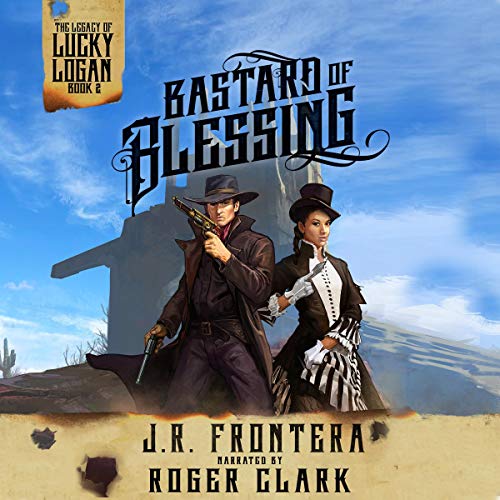 He may be ready to go to hell...but he ain't ready to give up.

Van Delano is still determined to free his sister from the clutches of Nine-Fingered Nan, whatever it takes. So, when the outlaw queen suggests an exchange, he’s all too eager to agree.

Doesn’t matter the stagecoach he’s supposed to find is traveling a route that don’t make no sense toward the one town he never wanted to step foot into again.

Doesn’t matter the lockbox he’s supposed to steal off it just might be Old World tech.

Doesn’t matter he’s now got a bounty on his head so high every fortune-seeker in the Territories will be after him.

If he don’t get that lockbox for Nine-Fingered Nan, his sister gets sold overseas, and he gets handed over to Baron Whittaker’s infamous bastard son, who has a very personal axe to grind with the man who murdered his father.

For fans of The Coilhunter series, Make Me No Grave, and the Red Dead Redemption games, mount on up to continue this gritty, action-packed, heart-wrenching tale, and get the audiobook today!

Not for the faint of heart! This series contains adult themes, situations, and language. Additionally, each installment of this series will end on a soft cliff-hanger, with the final events of one book setting up the events of the next book. And lastly, the steampunk elements are a semi-slow build, appearing in a "lost civilization is rediscovered" kind of way.

"This guy can't catch a break! I'll be honest though, I can't help but be invested. It's fine work." (Roger Clark, Arthur Morgan in Red Dead Redemption II)

What listeners say about Bastard of Blessing: A Western Steampunk Adventure

A steampunk western you can’t stop listening to!

Fast paced action, great plot line, characters you love and ones you love to hate! The narrator is over the top here! Thank you Roger Clark! I recommend this series highly to anyone who enjoys a great western with a steampunk twist. Can’t wait for book 3 of the Lucky Logan series now that I’ve read and listened to Bargain at Bravebank and The Bastard of Blessing! Kudos to J.R. Frontera for creating this excellent world I can be a part of!

A Harrowing Misadventure for a Desperate Antihero

This book is a better than the last one, in that the protagonist truly begins to progress in his journey of self-discovery/recovery. The action is energetic and colorful, as are all the characters. I enjoyed the dialogue and jargon. It feels like first book was all set-up. The story really begins here. The plot twists and turns, yielding surprise after surprise. The author is skilled in keeping your attention.
I like this series, so far, and am giving it five stars because it so far has me hooked. But a story is only as good as its ending. Hopefully, the next book or the one after will give us a bit more closure and resolution.