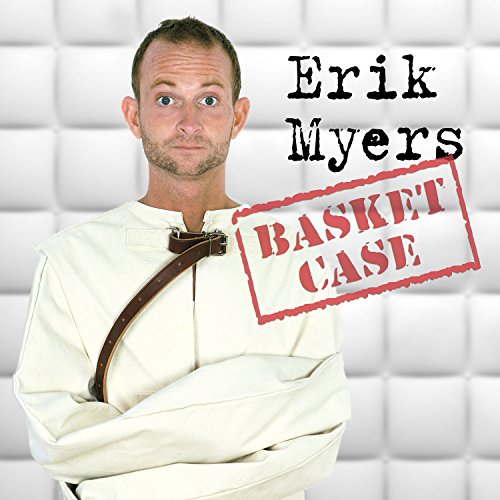 Born and raised in Maryland, Erik Myers grew up watching Saturday Night Live and dreaming of one day being a comedian. His very first stand-up performance was during a second grade show-and-tell, where he used a stuffed-animal prop. All of the kids loved it! Officially he started his comedy career 13 years ago, with a performance at Winchesters Pub in Baltimore, Maryland. Since then he has performed in over 35 states across America.

Myers is a high-energy comedian with a machine-gun delivery. He entertains crowds with stories about getting sober, bad jobs, and bad dates. Think Rodney Dangerfield meets Sam Kinison. Myers has opened for some of the biggest names in comedy, including Mitch Hedberg, Daniel Tosh, Pablo Francisco, and Louis CK. He was the winner of the 2005 Funniest Person in Baltimore Contest and second runner-up in the 2006 Funniest Comedian in DC Contest, and he won the 2012 Florida's Funniest Comedian Contest. He recently filmed his first TV appearance in Gotham Comedy Live on AXS TV and released his first one-hour special on Hulu, called Dopeless Romantic. Some of Myers' early influences include Sam Kinison, Bill Hicks, Eddie Murphy, Jim Carrey, Adam Sandler, and Chris Farley. Once Myers got started in comedy, he became addicted. It was all he ever wanted to do!

What listeners say about Basket Case