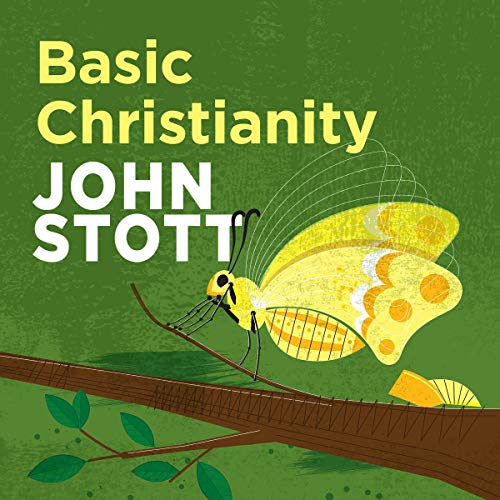 By: John Stott
Narrated by: Neil Gardner
Try for £0.00

'If Jesus was not God in human flesh, Christianity is exploded,' writes John Stott. 'We are left with just another religion with some beautiful ideas and noble ethics; its unique distinction has gone.'

Who is Jesus Christ? If he is not who he said he was, and if he did not do what he said he had come to do, the whole superstructure of Christianity crumbles in ruin. Is it plausible that Jesus was truly divine? And what would that mean for us?

John Stott's clear, classic book, now updated, examines the historical facts on which Christianity stands. Here is a sound, sensible guide for all who seek an intellectually satisfying explanation of the Christian faith.

John Stott was one of the key figures of evangelicalism throughout the 20th century, leading up to his death in 2011. He was named by Time as one of the 100 most influential people in the world, and spent much of his life in ministry at All Souls, Langham Place.

"Anything John Stott says is worth listening to. Anything he writes is worth reading. Basic Christianity is not only a classic must-read for every believer; it is truly a blessing preserved on the written page for the enrichment of this generation and those to come." (Anne Graham Lotz)
"There are a few landmark books that everyone in the world should read. This is one of the rare few.... Basic Christianity is a classic introduction to the faith that has transformed millions of lives." (Rick Warren)
"John Stott's disarming introduction to personal faith is a modern classic. Long life to it!" (J.I. Packer)

What listeners say about Basic Christianity

Clear and consise, a good introduction to

Jesus's claims and great refresher for those who follow jesus

This book does an awesome job of summarizing the foundational essentials of the faith. My primary complaint is the reduction of Christ's call of personal sacrifice in becoming a new creation and his use of the NIV Bible. This really only comes out in the end of the book as he discusses application of the Gospel. I truly appreciate that this book ends with this topic. I would highly recommend this book to someone desiring a concise overview of Christianity in simple language.

Lucid, well paced, a pillar of philosophy and wisdom. It delivers an opportunity to examine and reexamine fundamental tenants for a spiritual life.

A very important book for many "
Do you have questions about your future or life in itself? Do you know what or where you're going?
keep searching, but give yourself a chance and read this book....