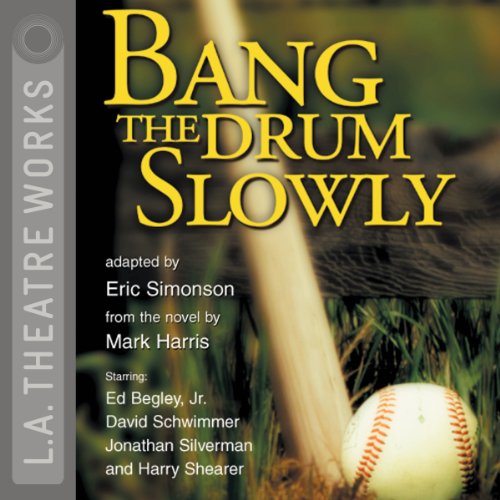 Bang the Drum Slowly is one of the most memorable baseball stories of the modern era. In this lively stage dramatization - narrated by theater veteran and former Friends star, David Schwimmer, with additional notable performances by Jonathan Silverman (Weekend at Bernie’s), Harry Shearer (Spinal Tap, The Simpsons), and Ed Begley, Jr. (St. Elsewhere) - we follow the New York Mammoths baseball team. But the true center of this story, and where our heartstrings are pulled, is catcher Bruce Pearson, who learns he has Hodgkin’s Disease.

This tearjerker was also adapted into a 1973 film starring Robert DeNiro.

A humorous and poignant story that follows a fictional major league baseball team through a summer season when the team comes together after one of the players is diagnosed with Hodgkin's disease.

This play is based on the novel by Mark Harris.

Sit back grab your popcorn and head to the game

Nice short play about baseball and cancer. I enjoyed the loyalty of the lead character and his loyalty to his friend with lymphoma. having had the disease myself.