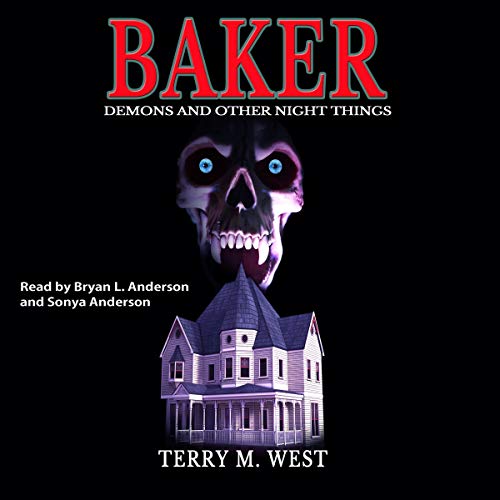 Baker: Demons and Other Night Things

Baker: Demons and other Night Things continues the Night Things saga in this prelude to the Magic Now series.

Baker Johnson is a psychical researcher, demonologist and exorcist living in 1930s New York City. Brilliant but deeply flawed, Baker has an otherworldly perception that allows him to read people with but a glance. In "A Weird Tale" (the story begun at the end of Night Things: Undead and Kicking), Baker is summoned to Providence by dying author of the macabre, H.P. Lovecraft. Lovecraft makes a confession that threatens Baker's life and sanity. In "A Fiend's Errand", Baker is approached by a dangerous mobster known as Johnny Stücke. Baker's black room, a place where haunted items are cataloged and kept, holds an ancient item that Stücke is determined to possess. Baker is introduced to the secret society known as the Night Things. And he may be the only thing standing between the world of man and the most dangerous threat it has ever known.

Also included: an exclusive preview of the next Night Things book, The Horde Frequency.

What listeners say about Baker: Demons and Other Night Things

West does some great horror and Anderson is a top notch narrator. This set of shorts has baker meeting with lovecraft, Johnny shtuck and many others. The tales are dark and well told. The last chapter is a preview of the 4th book. Can’t wait to listen to that one. I was voluntarily provided this free review copy audiobook by the author, narrator or publisher

This was good.It did not blow me away in story or narrator.Bryan L Anderson was a good narrator. I was given this free review copy audiobook at my request and have voluntarily left this review.'

I couldn't even make it through this one. I did try though, but the narrator was really bad.

The narrator sounding very robotic & I think he tried different accent, but he was not consistent in the reading. Maybe with more practice he will do much better.

No, I don't recommend this book, UNLESS it gets a different narrator to read it.

I was given this book for free at my request and I am providing this honest review voluntarily.

I enjoyed this book so much, I was very disappointed when it finished. I'm very much looking forward to the next one. The narrators did a wonderful job of bringing into the story.