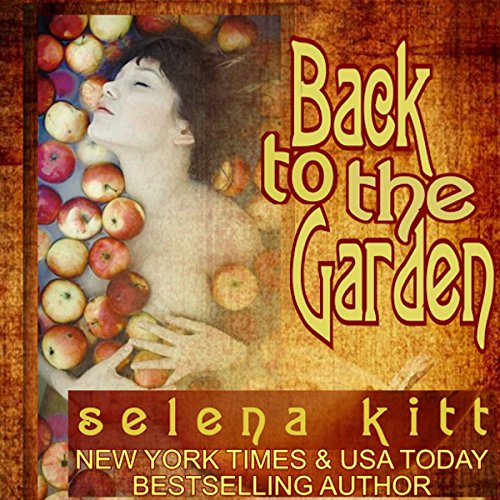 Back to the Garden

By: Selena Kitt
Narrated by: Amber Beard
Try for £0.00

Discover the delicious lure of a taboo siren call with four stories bundled into a wickedly hot anthology that's determined to keep it all in the family!

When Patrick's father went off to war in 1944, he told his eighteen-year-old son, You're the “Man of the House” now. Patrick's stepmother has struggled to keep them afloat, and he does what he can to help. He knows she's tired, sad and very lonely, but when circumstance brings a young woman into their lives for a brief time, it alters everything between he and his stepmother forever. Will Patrick become the real “man of the house” before his father returns from the war?

In “The Garden of Eden”, Libby has lived her whole life with her stepfather, Ed, in a nudist colony. It's a very open, natural life, and they've never had an issue - until Libby's mother, Kim, re-enters their lives. Kim is appalled by their living and sleeping arrangements and wants to take Libby away from the nudist life. Libby, still devastated by her mother's abandonment, wants to have nothing to do with the shopping trips and material things her mother is offering, but the longer Kim stays, the more everything - everything - becomes a greater temptation.

In “Lassoing the Moon”, Leila knows she's always been closer to her stepson, Rich, than most mothers, since Rich's father left when he was just a baby. He's been the man in her life forever - but now he's really a man, and his coming-of-age is a test for both of them.

In “Lost Souls”, 18-year-old Lily, raised by her fundamentalist preacher stepfather, Adam, isn't allowed to date or do anything against church “law”. Asked to the Halloween dance by a boy she really likes, Lily defies Adam. But when they are caught in a compromising position by her stepfather, what will her punishment and repentance be?

Please note: This is a revised edition.

What listeners say about Back to the Garden

A Well Worth Visiting Over & Over

If you could sum up Back to the Garden in three words, what would they be?

Amber Beard delivers in this reading. Her voice drips sex and at those times where emphasis is wanted, she raises her performance, adding a sigh here or a slight moan there, to emphasize the heat falling off the pages in this work.

I have listened to this one at least four times. I try to do it all in one sitting, but I end up having to stop and walk away from it.

Selena Kitt never fails to deliver the heat. It's rude, it's dirty and so well written one dip in her pool is not going to be enough.