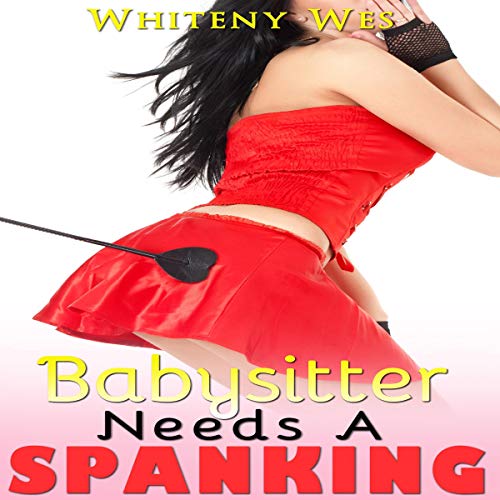 Babysitter Needs a Spanking: Her Wild Spirit Will Be Tamed

By: Whitney Wes
Narrated by: Natsumi Bailey
Try for £0.00

Peter stood up and walked into the living room where Becky had gathered up all of the books and was standing in the middle of the living room, her arms full of books.

“I’ve picked them up, sir,” she said, her voice gentle and seductive. “What should I do now?” She took one book and dropped it on the floor in front of her defiantly. Smiling at him, biting her lip, she dropped another one on the floor.

Peter would play along, the visage of her biting her lip had made him fully erect, his palms sweat, and his heart race. She was deliciously seductive and played the role of the “naughty girl” well.

“I want you to pick those up,” Peter said firmly. “And if I don’t?” Her question was a challenge, a moment of defiance.

Peter sat staring at her curves, his eyes fixated on her hips and thought how nice it would be to be her yoga pants for just an hour. “If you don’t, I guess you’ll have to get a spanking,” Peter said in a matter-of-fact tone.

She let out a little moan as she bit into her lip harder. She then turned her back to him and bent over to pick up the books. She looked back over her shoulder to ensure that he was watching, which he was.

Warning: This book contains steamy romance scenes and is not suitable for all ages.

What listeners say about Babysitter Needs a Spanking: Her Wild Spirit Will Be Tamed