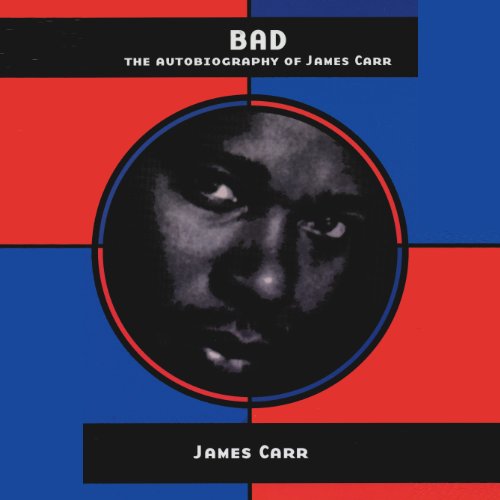 BAD: The Autobiography of James Carr

BAD: The Autobiography of James Carr

"When I was nine years old I burned down my school."

James Carr started fighting when he was very young, and never gave up. A child prodigy of crime in the streets of the L.A. ghettos and scourge of half a dozen boys’ homes, his career in armed robbery was quickly cut short by arrest. In prison he fought harder than ever, and became one of the most notorious rebels in the seething California Penal System. Linking up with George Jackson in Folsom, they led the notorious Wolf Pack, which quickly fought its way to a position of strength in the prison race war. Separated from George, Jimmy transformed himself from an openly rebellious con into a cunning thinker who manipulated the authorities and ultimately engineered his own release. Carr relates the story of his life with a cold passion, powerfully illuminating the horrors of daily life on the streets and in prison - race riots, murders, rape, and corruption - from the standpoint of one who has overcome them.

"I’ve been struggling all my life to get beyond the choice of living on my knees or dying on my feet. It’s time we lived on our feet."
—from the text.
"Jimmy was the baddest motherf----r!"
—George Jackson

While initially having close ties with the Black Panthers (at one point as Huey Newton’s bodyguard), James Carr, influenced by the Situationists, broke with them. Just after this book was completed in 1972, Carr was gunned down in a "gangland style" murder.

What disappointed you about BAD: The Autobiography of James Carr?

Story seemed to jump around to much for me sorry.

James Carr may not have been the world’s most famous criminal, but he wrote one of the most memorable prison memoirs of the Boomer generation.

Incarcerated and “working” during the 50s-60s, Carr came up in the Prison system during the time of Attica, the Panthers, and race riots--that up-ended even his cloistered community.

Remarkable, unsparing, uncensored history of an observant “bad guy” whose collaborating writer on the outside really know how to make it click.

The narrative is downright harrowing, and it's chilling when, in the introduction, Isaac Cronin points out that little has changed in the California prison system, except that there is no longer very much of a prison reform movement.

BAD is still referred to by those who make a study of prison memoirs.