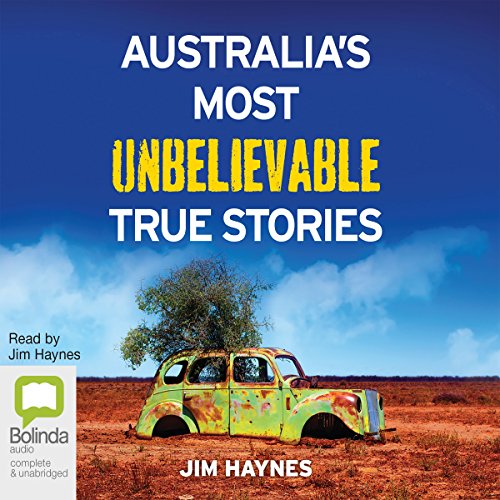 The ultimate collection of unbelievable true Australian stories: the unknown, the forgotten and the surprising. Did you know that in 1932 the Australian army was called out to wage war on an invading army of 20,000...emus? Or that the first royal personage to arrive in Australia was the King of Iceland, and he came as a convict? And how about the spooky phenomenon of the mischief-making Guyra Ghost?

From Jim Haynes, one of our most successful and prolific tellers of yarns and bush tales, comes this ultimate collection of unbelievable true Australian stories: the unknown, the forgotten, the surprising, the truly weird and the completely inexplicable. Told with refreshing understatement, Australia's Most Unbelievable True Stories vividly evokes a vanishing Australia when anything was possible, when characters were larger than life and the bizarre and strange were normal.

What listeners say about Australia's Most Unbelievable True Stories

Too boring after a while

The story was interesting at first but after a while the anecdotes were not worth the time to listen to them.