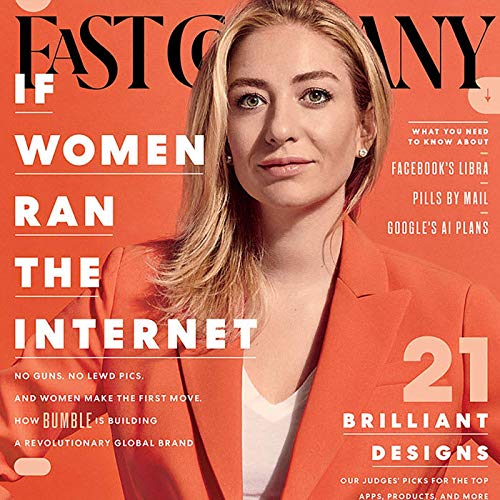 "Inside Bumble CEO Whitney Wolfe Herd's Mission to Build the 'Female Internet'": The serial dating entrepreneur wants nothing less than to "change thousands of years of behavior" between men and women. But first, she has to get a lot more women (and men) to see things her way.

"Google's Quantum Bet on the Future of AI – and what it Means for Humanity": Google has more computing power, data, and talent to pursue artificial intelligence than any other company on Earth – and it's not slowing down. That's why humans can't, either.

"Buying Prescription Drugs Online Is Easier Than Ever. But there are Side Effects": Direct-to-consumer startups like Hims and Ro want you to bypass your doctor and buy prescription drugs directly from them. Now, pharma wants in on the action, too.

"With the U.S. Startup Visa on Hold, Immigrant Entrepreneurs Get Creative": The Trump administration has left the startup visa in limbo. One VC fund, Unshackled Ventures, is helping immigrant founders work around that.

What listeners say about October 2019 (English)