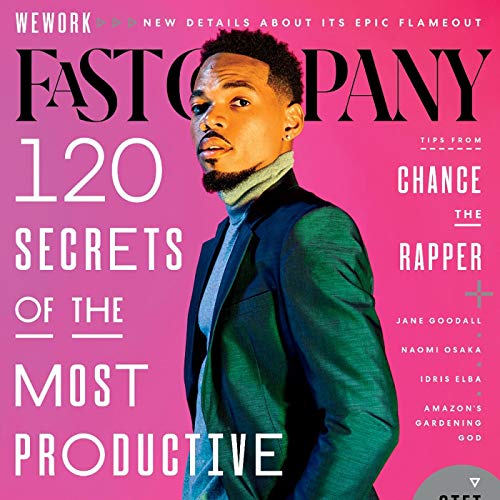 "Chance the Rapper Has Nothing to Fear but FOMO Itself": It's hard to juggle an album, a world tour, and a nonprofit, without missing out on something. Chancelor Bennett put family first – and it turns out he's not missing much at all.

"Wefail: How the Doomed Masa Son-Adam Neumann Relationship Set Wework on the Road to Disaster": For Japanese billionaire Masayoshi Son, Neumann was the prodigal son he never had, with a wild-eyed vision to rival Son’s own. The inside story of how it all went wrong.

"What Your Private Slack Channel Says About Your Company's Culture": More workplaces are hiring far-flung employees and leaning on Slack to bridge the gap.

"Chobani’s Empire Was Built on Greek Yogurt. Here’s Why Its Next Move Is Oat Milks": The top seller of yogurt in America is plowing into plant-based foods.