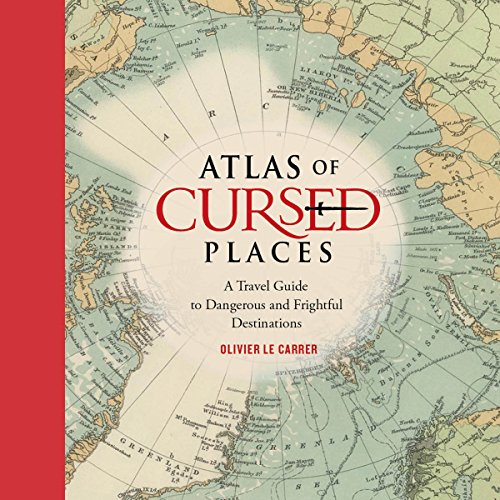 This alluring listen includes 40 locations that are rife with disaster, chaos, paranormal activity, and death. The locations gathered here include the dangerous Strait of Messina, home of the mythical sea monsters Scylla and Charybdis; the coal town of Jharia, where the ground burns constantly with fire; Kasanka National Park in Zambia, where eight million migrating bats darken the skies; the Nevada Triangle in the Sierra Nevada mountains, where hundreds of aircraft have disappeared; and Aokigahara Forest near Mount Fuji in Japan, the world's second-most-popular suicide location following the Golden Gate Bridge.

great little book. enjoyed the layout and the delivery. the narrator has a great voice for the spooky parts.

This book reads like an episode of Unsolved Mysteries with Robert Stack, which is awesome, eye-rolling, and full of tiny jump scares. It’s a pretty brief listen, and totally worth it if you’re into some stupid fun (in a good way).