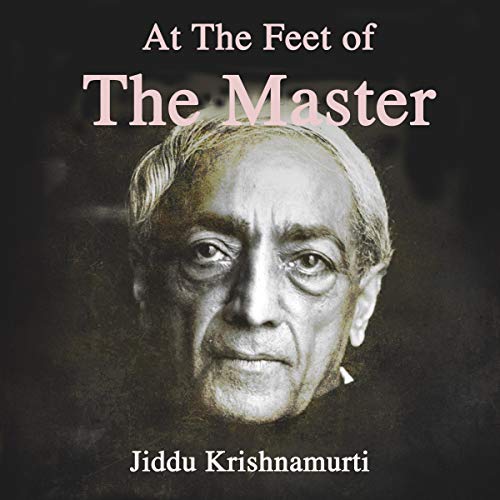 At the Feet of The Master

By: Jiddu Krishnamurti
Narrated by: Clay Lomakayu
Try for £0.00

"THESE are not my words; they are the words of the Master who taught me. Without Him I could have done nothing, but through His help I have set my feet upon the Path."

Thus opens At the Feet of the Master authored by Jiddu Krishnamurti when he was 14 years old. Written under the name Alcyone, it was first published in 1910. It was his first recorded message to the world. Included in this selection are a collection of quotes from the 1960’s talks representative his midlife wisdom. Krishnamurti died when he was 90 years old in 1986.

His final and last talk was on January 4, 1986 in Madras, India. This final talk has been included as a beginning and end of the flow of words from The Master. So he begins by channeling the master and ends as the master with the disciples at his feet.

What listeners say about At the Feet of The Master

Voice sounds very unpleasant, like a robot. A pity for such a beautiful text.

Sorry. Your awakening is in another castle.

Nothing said was groundbreaking or deeply intelligent or any sort of advise from an awakened being.

some of the advice here is to follow the law and report wrong doers.

the law is an opinion with a gun. A Monopoly on violence. I am all for a moral code (the non aggression principle)

States are the criminals that claim to be protecting you from criminals. this is pretty much universal in all large countries.

this is just one example but anyone that cannot see that and does not point out the logical truth of what a government is, is not awakened. Especially if there advise is to blindly follow the law and report your fellow man for potentially victimless crimes. so much for helping and not hurting others.