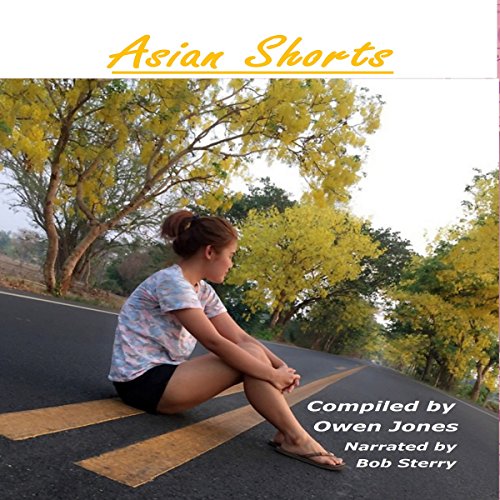 Asian Shorts came about because of a sequence of events on one weekend in May 2015. A friend was telling me that he had several short stories with Asia as a backdrop, I was saying that I had a few as well, another friend sent me an email that he wanted to write a short on Pattaya, and one of my Thai cousins sent me her latest photo, the one on the cover of this book.

It was like somebody was trying to tell me something, or several were anyway.

The 19 stories by nine authors in this anthology were sent to me in one month, but are as varied as their writers. The stipulation was that Asia or an Asian had to feature strongly in the story. We have stories featuring Cambodia, China, Laos, Malaysia, Pakistan, Thailand, the USA, and Vietnam, by Asian and non-Asian authors who live in or come from Britain, Malaysia, Thailand, the USA, and Vietnam.

Some of these writers are well-known as writers, some are better known in other spheres, some have written a lot before and been published in the traditional sense, others are traveling the indie publishing path and for yet others this is the very first time they or you will have seen their stories in print of any kind.

What listeners say about Asian Shorts

What A Fine Group of Stories!

What a varied collection of short stories! Nineteen different views, styles, and tidbits about Asia gives the listener an up close taste of what it’s like to be connected to this fascinating and sometimes complex continent. From first hand accounts of life in Thailand to a boys school in Malaysia; from a special bike in Asia to slave wages and conditions for immigrant workers in early San Francisco; from a naïve Chinese girl’s personal journey to California to a Chinese government’s “One Child Only” second baby, lost forever; from a small Pakistan village’s opium problems to issues with obtaining a simple passport, just to name a few, this anthology has something for everyone. Coupled with a fine narration by the talented Bob Sterry, whose flowing, expressive voice captures so many different nuances, this audio book is quite a find. Definitely recommended!