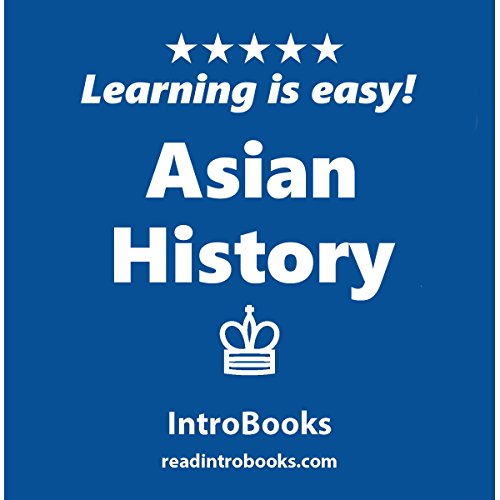 The significance of the study of the history of Asia requires no exceptional prominence, principally with the rise of China, India, and Japan as main supremacies of this continent.

The Asian history could be seen as the combined history of many diverse outlying littoral regions such as South Asia, East Asia, and the Middle East connected by the internal frame of the Eurasian steppe.

The littoral border was home to some of the world's most primitive civilizations, with each of the three sections evolving early civilizations about the lush river valleys. These valleys were rich as the earth there was fertile and could produce several root crops. The civilizations in the Indus Valley, Mesopotamia, and China had many things in common and probably traded expertise and philosophies like mathematics and the wheel. Other concepts like writing probably developed independently in every region. Cities, states, and then kingdoms established in these wetlands.

The steppe expanse had always been occupied by equestrian nomads, and from the central steppes they could reach any area of they wished to in the Asia. The northern part of the continent, which covered most of Siberia, was also unapproachable to the steppe nomads because of tundra and the dense jungles. These Siberian regions were sporadically populated.

The core and boundary were separated by deserts and mountain peaks. The Himalaya, Caucasus, Gobi Desert and Karakum Desert molded the blockades which the steppe horsemen could cross with struggle. While technically and ethnically the city inhabitants were more radical, they could not do much regimentally to protect against the mounted crowds of the steppe. Nevertheless, the wetlands did not have sufficient open plains to upkeep a big horse bound force. So the wanderers who occupied states in the Middle East were quickly required to familiarize to the native societies.

What listeners say about Asian History