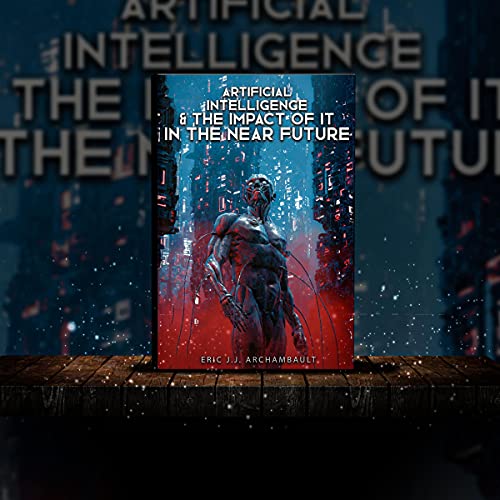 Artificial Intelligence and the Impact of It in the Near Future

By: Eric Archambault
Narrated by: Curtis Wright
Try for £0.00

In this book we are exploring AI from the past, present, and future. Artificial intelligence is a myth that turned into reality. It might sound weird, but the notion of creating an AI is thousands of years old. AI is considered a human assistant that can make one’s life easy by helping them out in day-to-day tasks. In a world based on and powered by technology, we have seen people continuously experimenting with computer science, developing software, and cutting down the labor lost by enhancing machine-based work, making it easier for humans to have difficult and repetitive labor handed over to machines.

Since childhood, a great many of us have developed a curiosity about using computers, laptops, mobile phones, and the eagerness to witness their evolution, and being a part of it is something we dream of to this day. Do you count yourself among those who think of something that doesn’t have human-like traits (see, feel, think, act like a human) yet still appear as one and most likely exists in the image of a human? Living in these times, have you ever wondered how your digital assistant, whether in the form of Siri or Alexa, gets you and provides you answers to all your sudden inquiries? It’s all thanks to artificial intelligence. Before we dig into its purpose and how it works, we should get to know a bit more about what it actually is.