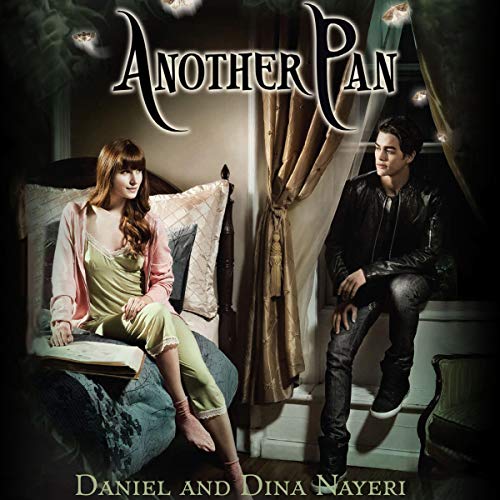 By: Daniel Nayeri,Dina Nayeri
Narrated by: Katherine Kellgren
Try for £0.00

A darkness continues to haunt the Marlowe School, and this time, someone is plotting payback.

Wendy Darling, a headstrong junior, and her brother, John, a 13-year-old genius with a chip on his shoulder, struggle with being from the poorest family at the posh New York academy, where their father is a professor of ancient civilizations.

Wendy’s new boyfriend, socialite golden-boy Connor Wirth, offers a solid step up in popularity, yet ambitious Wendy and John still find themselves longing for something more. When the Book of Gates, a mysterious tome of fabled origins, appears at Marlowe along with Peter, a dashing new resident adviser with a murky past, the Darlings are swept into a captivating world of “Lost Boys”, old-world secrets, and forbidden places.

The book opens the door to a hidden labyrinthine underworld where Egyptian myths long thought impossible become frighteningly real. Suddenly, Peter, Wendy, and John find themselves captive in the lair of an age-old darkness, trying to escape the clutches of an ancient and beautiful child-thief who refuses to let go.

What listeners say about Another Pan

where is the story??

What would have made Another Pan better?

Actually making a PLOT and a STORY !!! nothing made sense to me

Another faust ..because maybe i started with the series on the wrong foot because i didnt realize that it was a series until i was half way through it

Have you listened to any of Katherine Kellgren’s other performances before? How does this one compare?

No .. but her performance was amazing ..she is the one that kept me gong through the bookpl

If you could play editor, what scene or scenes would you have cut from Another Pan?

I dont recommend this book .. but i will read the other one any way