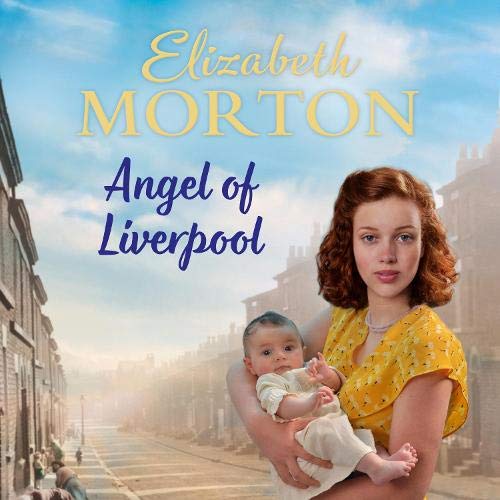 Set in the aftermath of World War II, Elizabeth Morton's Angel of Liverpool is a gritty and emotionally compelling historical saga from an author who was born and bred in Liverpool.

Her mother called her Angel but now she’s a fallen woman....

There are different opinions as to what happened to Evangeline O’Leary’s mother. Her younger sisters believe the story that she’s in heaven. But Evie has heard the gossips - that her ma upped and left with the man she had an affair with while Evie’s dad was fighting in the war.

As the eldest, Evie has become ‘mum’ to her three siblings, all while holding down a job at the Tate & Lyle Sugar Factory. But when her childhood sweetheart leaves for Canada, he leaves Evie with more than just a broken heart. Her father agrees to keep the pregnancy a secret but is determined to marry her off to the first hapless fellow who’ll have her. Evie doesn’t want a loveless marriage like her parents, but how long can she keep her baby a secret from her neighbours and the nuns who run the local home for unmarried mothers?

What listeners say about Angel of Liverpool