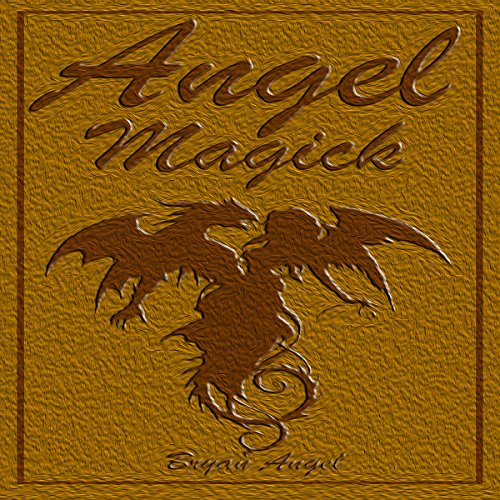 By: Bryan Magick
Narrated by: Jason Paton
Try for £0.00

The 21st century is the era where anything and everything is considered as quantifiable, while any theory or notion must have a solid scientific proof attached to it before it can even be considered as an option. In this era, the notion of receiving the powers of the angels in assistance for living our daily lives and in an effort to remain unique, separate, and individual human beings seems completely out of date. Yet, it is not so.

Apart from any religious doctrines or philosophical beliefs, it is an established fact that there are beings out there with tremendous positive powers, capable of intervening in a person's life and making it more meaningful. However, it is the meaning of one's life that has changed definition. Up to now, it was believed that the angels can turn us toward good and the positive values like love and understanding. While this indeed is so, it has taken a more defined form under the notion of acquiring balance between the good and evil sides of oneself.

It is quite inadvisable to try and separate a person from their dark side. It is more likely that they will be destroyed instead of turning toward good. Just like nature and the basic principles of life, the good and the bad must be in balance. To this effect, the angels come to our assistance by bringing out the inner qualities that exist in everyone and lay hidden, bewildered by the rhythms of modern lifestyle and the staples of the "here and now" that demand vast amounts of our energy and our complete focus. Contrary to what many believe, this is not a process that requires ceremonies, chants, and other considerations of the sort. All the above are explored and explained in the contents of Angel Magick.

What listeners say about Angel Magick

from my own studies this all seems accurate. I look forward to listening again. only down side is its not very long.

This narrative contained no real substance or magick. I expected more. The story barely even skimmed over angelic attributes.

I was not expecting this to be about the power angels have to help us, so much as I was expecting to see this book being about humans summoning and using magical spells to work with angels, but it is informative and has some good revelations about the balance between good and evil in the human person I had never heard before. I especially liked the part where the author speaks about how casting out demons does more harm than good,through rituals like excorcism and explains how demons and angels work differently in our lives, and have different agendas and rules for operation and that angels and demons are not like us and do not think like we do.Anyway the idea that all you have to do is ask an angel for help is pretty cool. I was expecting elaborate rituals or something but this is startlingly easy and effective.

I guess if I am going to learn about demons I better learn about angels. but It just feels like I listened to a self help book

I enjoyed listening this informative tool. To me it seemed complicated, so many steps and name, how Can anyone say those names correctly, much less remember what direction or drawing we to do.

Spells for just about everything. This is a very interesting book on magic and magic spells. Some of the spells in this book can help you with love or even money! This is great choice for anyone looking to learn about spells and magic. I fully recommend checking it out!

This is the first book I listen about Angels it's so different, I know they have Angels because I'm religious, but never go deep into search how they are or what they do etc...

Angel Magick is a wonder choice for learning magic and quick and easy. If you are serious about learning magic then you must listen this book! This book covers a large variety of different topics you are sure to love! I fully recommend!

I've been finding answers I've been looking for, finding people I wished to meet, and most importantly, learning about who I really am. Bryan will point out that inviting the Angels into your life will change your world, all for the good of course. This book is a must buy for anyone interested in magick or just looking for a positive change in their life.

This book is full of wonderful, entertaining ideas. Best of all, as you listen the book you really do feel that Angels are with you always. I commend you Bryan. You truly give something beautiful to your readers every time to write.