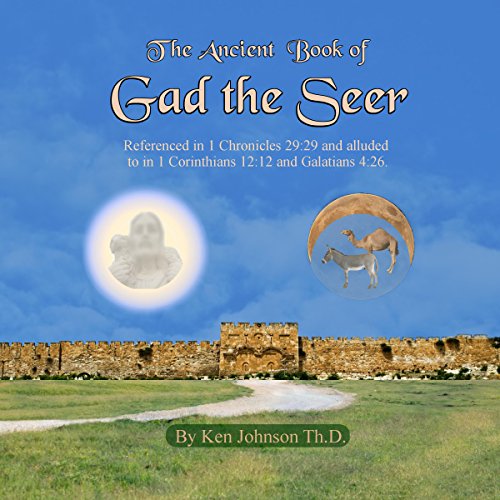 Ancient Book of Gad the Seer

Ancient Book of Gad the Seer

Written by Gad, seer of King David, about 1000 BC, this book of prophecy is recommended reading by the Bible, but was never included in the Canon. It was thought to have been lost over three millennia ago.

The books of Gad, Nathan, Ahijah, Shemaiah and Iddo are referred to as “The Lost Five.” This long-lost book includes two revealing sermons given by King David. We have a prophecy that outlines the end times beginning with the Rapture, the seven-year tribulation and the establishment of Christ’s millennial reign. More intriguing than that, it actually reveals who Mystery Babylon is and how it tries to destroy the Jews though a union with Islam, both groups having different replacement theology religions.

There are also two discussions on how the Law of Moses views Gentiles. Do they keep the whole Law or not? This book is a real eye-opener for those who are interested in Bible prophecy and Messianic Judaism.

Brought to you by Bible Facts Ministries (biblefacts.org).

Read you ever get curious about the world today

This explains alot about the wronged made right, and the right made wrong, for the world today. God is getting ready to pour out his holy spirit fire on those who didn't deny him. And for those who don't give into the false beliefs of this world.

Loved it. Going to listen to it again. Will order the book to have at home. Excellent instructions for Godly living. Makes you have a hunger for Christ and convicts of sin.

Learn more about the Lord! & Be Blessed!

went right through it to the end during the first setting. I plan to listen to it several more times.

I'm sorry, I didn't care for this book.

I never finished; it wàs not good to me. I'm sure someone else will find it interesting to them.