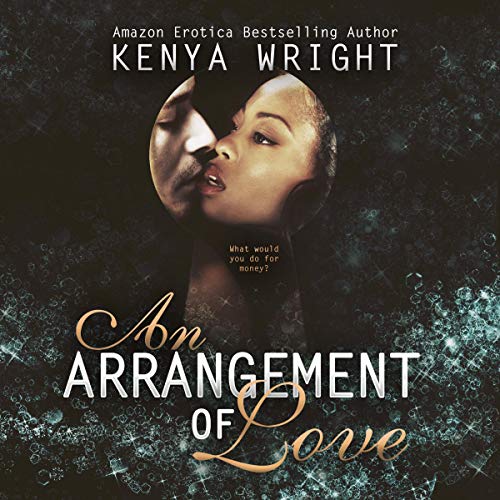 An Arrangement of Love

By: Kenya Wright
Narrated by: Angel Cochrane
Try for £0.00

What would you do for six figures? Billionaire Chase Stone offers Jasmine a six-figure job that requires a full-time commitment in his office - as well as his bed. If only she had known that before she agreed, then life would’ve been easier.

It’s not that he’s unattractive. She just didn't graduate from Harvard with honors so that she could be some rich guy's overpaid mistress. What’s even more repulsive is that he lives with three women and wants her to be the fourth. Not going to happen!

But Chase won't give up, and Jasmine won't give in. Someone's going to have to change because the more they meet, the more something thick, hot, and electric bridges between them - until neither can breathe or think.

What listeners say about An Arrangement of Love

The Performance is Boring

The narrator’s tone was slow and boring. Black narrators are available Audible. You must do better with finding them, otherwise you’ll lose an untapped revenue. Black women read books and many would love to listen to their favorite books.

She had one tone and that didn’t change much.

The story was wild and the alpha was demanding. Fast paced and lots of back and forth between the main characters who fought often.

The book is okay. The narration not so much.

i wish just one writer would stop writing dumb and stupid women who fall apart at the good looks of the nearest asshole.

Good story but that narrator (boooooo)

This is a good book but that narrator should find something else to do. Obviously narrating is not her calling. She didn't even attempt to change the voices of the characters let alone the male and female. I think that I would have enjoyed this listen if there was another person reading. Talk about bland 😒. There wasn't any excitement nor disappointment in her voice. But the story, Jasmine got on my nerves. She knew that arrangement was going to be challenging but she dove right in 🤦🏾‍♀️. I hope that she isn't so weak in book 2. I hope that my guess is correct about who the killer is. I'm not going to give anymore spoilers. So with that being said, I recommend this book but I also suggest that you try to push past the narrator and enjoy.

Kenya I love all your books that I've read or listen to. You are an amazing writer thank you so very much. But who did it this time. will you give me an answer in another book? please

I was hesitant at first after reading the description of the book. However I realized I enjoy Chinese dramas where the king has multiple Concubines and thought why not? all the books I read from Kenya Wright has been amazing. And Man this didn’t disappoint! can I just say drammmaaa. This could actually be a Netflix movie. Definitely check this out. I also enjoyed the Narrator’s voice she had a voice of honey super Smooth.

I guess the storyline was okay but the narrator needs to be replaced ASAP! overall it was okay

Interesting plot; all I can say is hope there is a book two. I thought Jasmine was strong yet weak; thus creating a lot of havoc. Dawn sounds truly dastardly and deserves a book two to see what she does. You know what they say about a woman scorned. Here’s to keeping hope alive!

Toss this book away!

the narrator was from the Midwest and the accent was getting on my nerves. the male lead was not attractive at all and Jasmine was lame. I have read other books by Ms. Wright that i have like and this is not one of them.

Loved the book but the readers monotone voice was boring and annoying. Great plot though and I really enjoyed the characters.

Jasmine and Chase was heading for a rollercoaster of events in this polygamous arranged affair. Both were hot in their lust that logic became foggy. Jasmine had family issues and Chase was able to help despite all the craziness. This book had me on a emotional journey. I love Kenya Wright books.