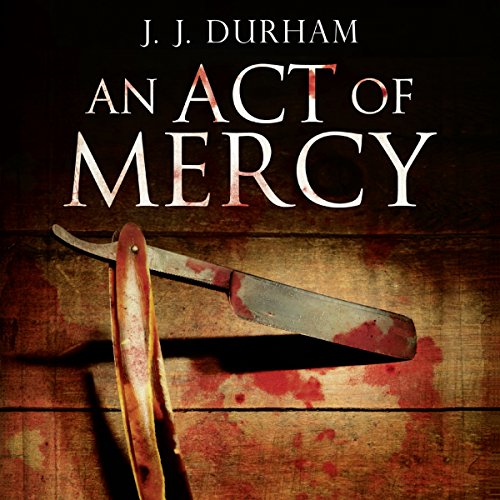 An Act of Mercy

An Act of Mercy

A thrilling tale of murder and intrigue in Victorian London, featuring Detective Harry Pilgrim. Perfect for fans of Ripper Street and The Mangle Street Murders.

London, 1850. A city of contrasts. Of scientific marvels, poverty, disease and death. When Detective Sergeant Harry Pilgrim (one of London's first police detectives) discovers the corpse of a woman in a Hackney cab, the case seems straightforward - until the only suspect is found murdered in his cell.

Pilgrim is hindered in his investigation by his own dark past - a dead son and a missing wife - and also by the well-meaning interference of Charles Dickens, who is serialising Pilgrim's adventures in his journal Household Words. The case turns into a deadly game of cat and mouse. But who is the cat and who the mouse?

Exactly My Type of Novel

If you're looking for a hard-edged police procedural set in Victorian London with a good narrator, generally likeable characters, plenty of action, and a satisfying mystery, you've found your next favorite author. Unfortunately it's the only novel I can find by this author. If she wrote more, I'd buy more, I'd read more, and I'd be happy to leave additional positive reviews if those books were half as good as this one. I'm not particularly lavish in my praise under any normal circumstances, but I thoroughly enjoyed this novel and hope it's the first in what becomes a long series of novels with these characters. As a word of warning, some people are turned off by fictionalizing a real person (in this case, Charles DIckens), but it's done well, it's not the focus of the novel, and since Dickens was one of the pioneers of our modern mystery novel genre, it seems only fitting that he make an appearance here.