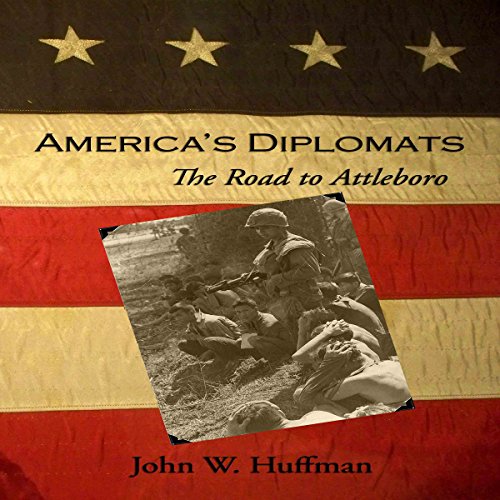 America's Diplomats: The Road to Attleboro

America's Diplomats: The Road to Attleboro

All wars spawn simple heroes from youthful naivety as boy-soldiers evolve into weathered combat veterans. Young Jay Sharpe is no exception. Born into a long lineage of patriots, he never questions his generation's call to arms. Filled with wanderlust and rarely sure of what he wants, but knowing precisely what he does not want - a predictable marriage to his high school sweetheart and looming job at the local sawmill in his small hometown after graduation - he gallops off to the nearest Army recruiter to become Private John Joseph Sharpe, all-American hero. After rigorous training, he emerges as one of the Army's elite paratroopers and eagerly sails off to Vietnam and the golden opportunities awaiting him there - a near fatal encounter with the 9th North Vietnamese "Ghost" Regiment in the legendary battle of Attleboro, the largest land engagement of the entire war effort. His gripping tale of the trials of a soldier in our nation's most controversial confrontation is a graphic chronicle of love, hate, hope, and despair in an era of uncertainty and misdirection.

We lost an awesome author in John...the world is a sadder place and I for one will miss him!

In listening to the first few chapters I wasn't sure I was going to finish. But I realized that I had been comparing it to other stories where the authors claimed perfection in their own character. After I adjusted to the idea that this was an honest telling, including flawed though eventually corrected thinking, I really began to enjoy the story.

There were some slower parts throughout the story but life, and war, aren't 24-7 action despite what the movies, or more recent books would have us believe.