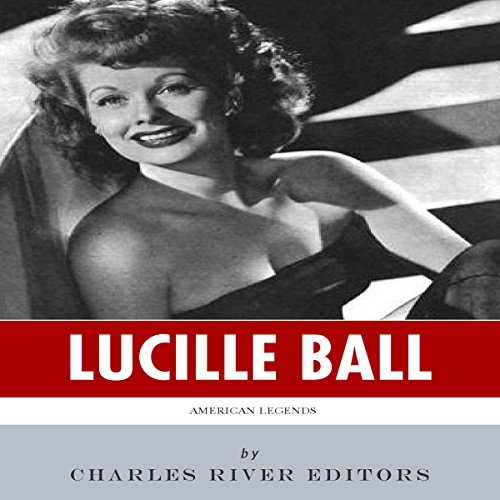 By: Charles River Editors
Narrated by: Rich Germaine
Try for £0.00

Includes Lucille Ball's own quotes about her life and career. Includes a bibliography for further reading.

"I don't suppose that hard work, discipline, and a perfectionist attitude toward my work did me any harm. They are a big part of my makeup today, as any of my coworkers will tell you. And when life seemed unbearable, I learned to live in my imagination, and to step inside other people's skins - indispensable abilities for an actress." (Lucille Ball)

A lot of ink has been spilled covering the lives of history's most influential figures, but how much of the forest is lost for the trees? In Charles River Editors' American Legends series, listeners can get caught up on the lives of America's most important men and women in the time it takes to finish a commute, while learning interesting facts long forgotten or never known.

Lucille Ball, one of the most famous and versatile stars in American history, is above all defined by her charisma. She did not possess the overwhelming beauty of her contemporaries in the entertainment industry, yet her infectious enthusiasm continues to endear her to the American public even decades following her death. Indeed, at the time that I Love Lucy (1951-1957) ended, the show still remained the most-watched show in America. Ball possessed an intangible quality that captivated audiences, who were transfixed by even the most banal plot sequences in her sitcoms. That Ball was able to withhold her popularity even after the ending of I Love Lucy testifies to the fact that she was always the star attraction on the famous sitcom. Indeed, even after separating from Arnaz, Ball continued to achieve high ratings on her subsequent programs, most notably The Lucy Show (1962-1968) and Here's Lucy (1968-1974).

What listeners say about American Legends: The Life of Lucille Ball

I loved this Lucy Ball book. I enjoyed it and enjoyed listening to this good book.