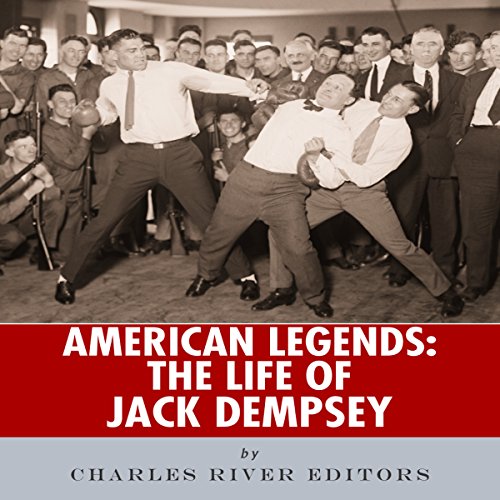 During a time when America's heroes were recognized for toughness and strength, Jack Dempsey was the prototypical "golden boy" of the Roaring Twenties. Just as Babe Ruth, Red Grange, Bill Tilden, and Bobby Jones were the signature figures for their respective sports, Dempsey personified the sport of boxing.

Dempsey's aggressive style in the ring and the punch he packed made him the heavyweight champion by 1913, and as he continued to hold the title into the 1920s, he became one of his era's biggest celebrities. Everyone wanted to see Dempsey box, and his bouts started shattering attendance records and purse records, but he was also a cultural icon and pop culture mainstay. His 1921 bout against Frenchman Georges Carpentier was the first event to be nationally broadcast over radio.

By the time Dempsey lost the title to US Marine Gene Tunney in 1926 and retired following their controversial 1927 rematch (a fight known as "The Long Count"), he was one of the most popular and richest athletes in history, and he parlayed that into success in everything from owning a restaurant to authoring books.

What listeners say about American Legends: The Life of Jack Dempsey

Dempsey was larger than life in his era. This audiobook fails to capture that all. Wikipedia does a better job.