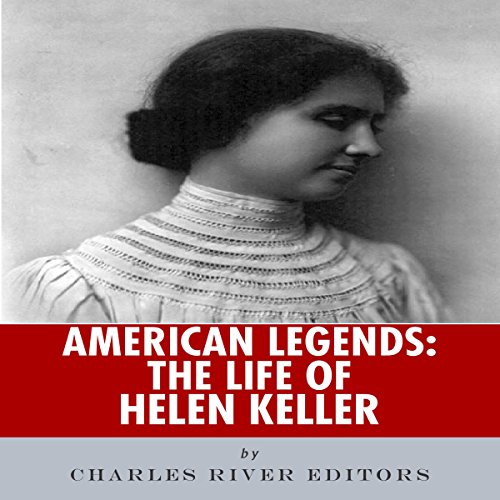 "Most people measure their happiness in terms of physical pleasure and material possession. Could they win some visible goal which they have set on the horizon, how happy they could be! Lacking this gift or that circumstance, they would be miserable. If happiness is to be so measured, I who cannot hear or see have every reason to sit in a corner with folded hands and weep. If I am happy in spite of my deprivations, if my happiness is so deep that it is a faith, so thoughtful that it becomes a philosophy of life, - if, in short, I am an optimist, my testimony to the creed of optimism is worth hearing." - Helen Keller

A lot of time has been spent covering the lives of history's most influential figures, but how much of the forest is lost for the trees? In Charles River Editors' American Legends series, listeners can get caught up on the lives of America's most important men and women in the time it takes to finish a commute. And they can do so while learning interesting facts long forgotten or never known.

To say Helen Keller is one of the most unique figures in American history would be an understatement. As a young child, Helen lost both her vision and hearing, leaving her deaf and blind: an almost hopelessly debilitating condition that left her literally trapped, unable to communicate with anyone. As she would later write, "My life was without past or future; death, the pessimist would say, 'a consummation devoutly to be wished'". Nobody would have blamed her for being hopelessly frustrated and imprisoned by her disabilities; in fact, that was to be expected. When her famous teacher, Anne Sullivan, brought Helen a doll and tried to teach her a few words by spelling them into her hand, the child became so frustrated that she broke the doll.

What listeners say about American Legends: The Life of Helen Keller