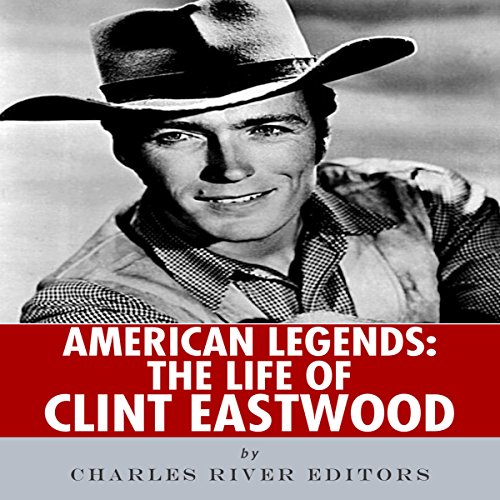 A lot of ink has been spilled covering the lives of history's most influential figures, but how much of the forest is lost for the trees? In Charles River Editors' American Legends series, readers can get caught up to speed on the lives of America's most important men and women in the time it takes to finish a commute, while learning interesting facts long forgotten or never known.

Today, the name Clint Eastwood conjures up many different and unforgettable images. While many will always associate him as the quintessential Western hero in classics like The Good, the Bad, and the Ugly, new generations know him as a critically acclaimed director and even an outspoken conservative firebrand.

Even if he is no longer the most prominent star in Hollywood, he is assuredly the most decorated octogenarian in the industry. In addition to his acting, two of his pictures, Unforgiven (1992) and Million Dollar Baby (2004), garnered Oscars for Best Director and Best Picture. Eastwood's acting and directing abilities have long appealed to both high classes and mass audiences, although it is true that his early works were skewed more toward the popular while the later ones reflect the opposite dynamic.

Debuting in the 1950s, Eastwood's career has now spanned over 50 years, and he has been involved in over 75 films, not to mention his appearances in television and other media. The sheer volume of films is especially impressive considering that he has also directed a significant number of them.

The book felt more like a magazine
article . Little mention of politcs or family