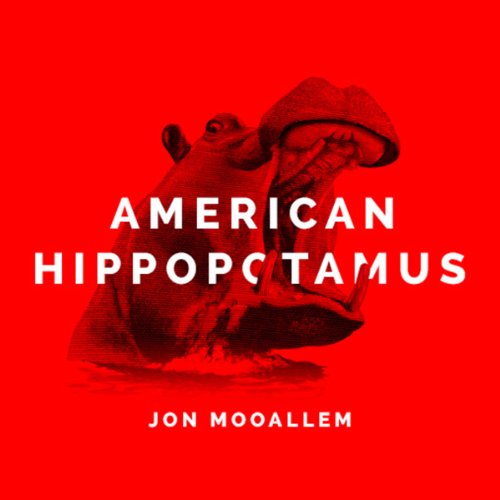 In 1910, the United States - its population exploding, its frontier all but exhausted - was in the throes of a serious meat shortage. But a small and industrious group of thinkers stepped forward with an answer, a bold idea being endorsed by the likes of Theodore Roosevelt and The New York Times. Their plan: To import hippopotamuses to the swamps of Louisiana and convince Americans to eat them.

The only thing stranger than the hippo idea itself was the partnership promoting it. At its center were two hard-bitten spies: Frederick Russell Burnham, a superhumanly competent frontiersman, freelance adventurer, and fervent optimist about America's future-Burnham would be the inspiration for both the Boy Scouts and Indiana Jones-and Fritz Duquesne, a.k.a. the Black Panther, a virtuoso con man and cynical saboteur who believed only in his own glorification and revenge. Burnham and Duquesne had very recently been sworn enemies under orders to assassinate each other. They'd soon be enemies again. But for one brief and shining moment they joined behind a common cause: Transforming America into a nation of hippopotamus ranchers.

In American Hippopotamus, Jon Mooallem brings to life a historical saga too preposterous to be fiction-a bracing and eccentric epic of espionage and hippos, but also of a conflicted nation on the threshold of a bewildering new century, deciding what kind of country it would be, and what beasts it would eat.

What listeners say about American Hippopotamus

American Hippopotamus is an often rolicking and subtly hilarious tale of unlikely plans, more unlikely unions, and a time when anything still seemed possible in America. The real charm is that this book does what all really great history narrative do: bring the characters and circumstances to life, moving again with color and purpose through the hallways of history. We see again here, in a tale too preposterous for Twain himself to have made up, how odd characters are drawn into odd situations with each other and how culture and history are often shaped by nearly unthinkable scenarios and bigger-than-life people. In this respect, this truly is an American story. (I almost never say anything about narrators, but I dislike more and more this tendency of authors to read their own works. There is something narcissistic in it, especially if the author has a voice not made for narration--and Mooallem, alas, does not. I give this a five star overall, despite this, because for me, the book is separate from the narration and is what I am really reviewing here.)

This is quite possibly the most interesting book I've ever listened to. Read this book.

The story was interesting. However, it seemed to jump around quite a bit.
It seemed the the book could be improved with the help of a good editor to sequence events and the biographies of the main characters.

The author/reader seemed to get overly excited at some points during the book which made listening a challenge.

I really wanted to like this book. There were some fascinating events that were shared in the story, but the delivery left me feeling disappointed.

lots of good infomation is presented conce tdd ning this time in US history. Burnam's story is fascinating.

My kind of story

I really enjoyed the connectivity of the characters especially the links to influential people during the South African boer war as well as the great wars. Excellent audiobook.

An interesting bit of American History.

Importing Hippopotamus to america doesn't sound so silly anymore. I was not able to stop listening to this and just decided to do it all at once.

I highly encourage anyone and everyone to read this novel! I find it to hold many interesting facts of a younger america, plus fabulously told stories of those who lived back then. Well woven and never lost my interest.

This is a really interesting story about two men who were wartime enemies and later found themselves on the same side when they tried to introduce the hippopotamus to America as a viable option to beef. One of the men became the basis for Indiana Jones.

I really enjoyed the listen because of the story, but the author should have gotten someone else to narrate. The narration was choppy and boring. This interesting book deserved a better reader. It was, however, tolerable at higher speeds.

The author concludes that had the hippopotamus bill succeeded, we would not be facing a lot of the pollution problems that we have today. I'm not sure about that, but I do know that the story of how the hippopotomus entered into American politics is a fascinating one.