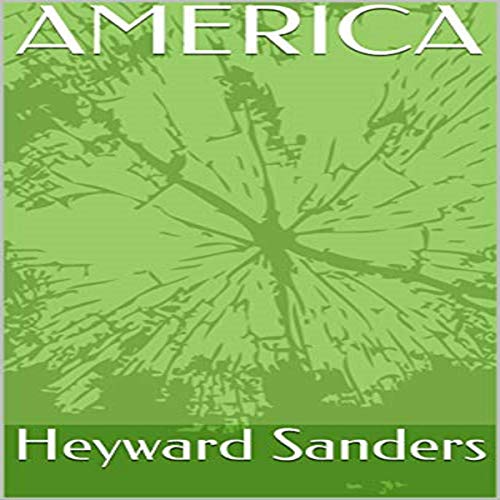 By: Heyward Sanders
Narrated by: Nicholas Santasier
Try for £0.00

I realize, I have a problem with my reading, writing, and spelling, but hope that my comprehension is good enough, so the listeners will be able to think, to see what I am trying to explain better, that only those who had listened to what I wrote will know. Who will be able to correct the things I said, and able to see things in a more enlightening way? Who will be able to address it to the people, if what I was trying to say was wrong, but if what I said has some truth to it, I will also hope that the same critics understanding be able to visualize what is being said, before they speak to others that listening to them.

See, I realize that we live in one of the supposed greatest countries in the world. Supposed, meaning that it never reached its peak because of so many reasons that many refuse to talk about. Which became great for a few, but destructive for many. That the first created design, only helped take control of the country. Then the other designs came after, which were a multiple of different cultures. Something they learned from pinging off of different cultures, that helped them create a super country. Which was created in the country character in designing the freedom of creation from the people?

That designs were made, where characters balanced off of each other's thoughts, or things that were created from them until they were able to find exactly what would be beneficial for them. See, bouncing characters move around from character to character until they find where they are able to see progress, which time will bore them, and push them to move on to the next level that will be carved out from the direction they had taken. But time had created setbacks for the American people and created stagnated characters that did not have room to bounce their thoughts, as to how the country was designed for the people to do.

The creation of thought had become limited by those who realize it would be more beneficial in creating a different direction, which killed the super characters that would have created a free society moving toward positive ways, but instead, it had created the opposite, that allowed the people to move in a negative way.

What listeners say about America