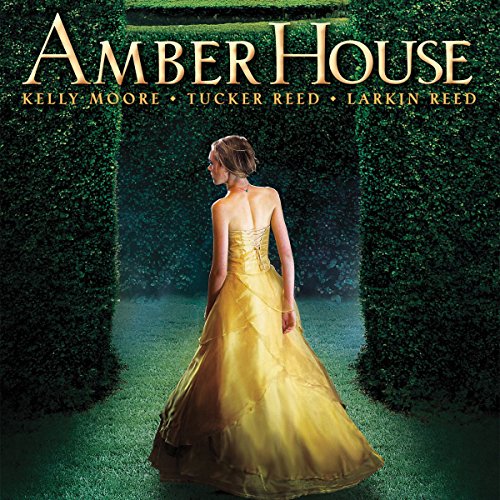 "I was sixteen the first time my grandmother died. . . ."

Sarah Parsons has never seen Amber House, the grand Maryland estate that's been in her family for three centuries. She's never walked its hedge maze nor found its secret chambers; she's never glimpsed the shades that haunt it, nor hunted for the lost diamonds in its walls.

But after her grandmother passes away, Sarah and her friend Jackson decide to search for the diamonds - and the House comes alive. She discovers that she can see visions of the House's past, like the 18th-century sea captain who hid the jewels, or the glamorous great-grandmother driven mad by grief. Sarah grows closer to both Jackson and a young man named Richard Hathaway, whose family histories are each deeply entwined with her own. But when her ghostly visions start to threaten the person she holds most dear, Sarah must do everything she can to get to the bottom of the House's secrets, and stop the course of history before it is cemented forever.

What other book might you compare Amber House to, and why?

nothing it really is one of a kind.

Which character – as performed by Tucker Reed – was your favourite?

SAM he was the lovley little boy ever

YOU WON'T REGRET THIS ONE!!!

Addicting, mesmerizing. Beautifully and skillfully written. Stands out in the YA genre. Each passage is lyrical imagery. No one could have narrated better than Tucker Reed. I was so engrossed in this book. Can't wait for the sequel in January 2014.

Only one? I loved them all! They were all believable. I felt like I knew them--their motives, beliefs, actions all made sense yet there were several surprises as well.

Don't want to give anything away...but loved the scenes with Sarah and Sam, anything with the house and the past...okay no spoilers.

PLEASE AUDIBLE GET TUCKER REED TO NARRATE THE SEQUEL AS SOON AS IT COMES OUT IN JANUARY 2014!!!!!!

Where does Amber House rank among all the audiobooks you’ve listened to so far?

It's definitely up there on the enjoyment scale.. A nice surprise.

What was one of the most memorable moments of Amber House?

I was particularly taken with how the authors portrayed Sarah and Sam's relationship. Loved the eeriness and suspense.

She just embodies the voice of Sarah so incredibly. I hesitated to listen as I have found in the past that authors do not often make good narrators. Tucker Reed is a glowing exception.

A few little tears. Laughed out loud a few times as well. Just got completely caught up in the story and the narration and literally could NOT stop listening once I started.

It's well worth the credit. I'll be on pins and needles waiting for book 2.

I would have given it 5 stars if the ending were not incomplete. I loved this story I even got scared at parts which takes me a lot to get spooked but it really wraps you in. There were so many interesting story lines that never got wrapped up at the end I was so disappointed but I still loved the story just be ready for a let down at the end and many questions left hanging! If she would have just written one more chapter would have been 5 stars and fab! Can't wait for the next book in the series!

A Story Within Every Room of Amber House

What made the experience of listening to Amber House the most enjoyable?

All of Amber House was described in great detail down to the placement of the rooms. I love mansions and I found myself sketching out map after map of Amber House to visually follow along in the adventure.

I loved how Sarah's ability evolved into something she could control at will and use to solve the mystery of Amber House.

Sammy of course was an excellent character. He is very intelligent and manipulative beyond his years. He was a great little brother.

Jackson confiding in Sarah about his ability and his vision took a lot of courage. I myself am engaged to be married next year and this moment moved me greatly considering what he told her could have scared her off and they would never have the opportunity to live out the wonderful life in his future vision.

I discovered this book through Audible.com as an audio book and am not aware if the hard copy of this story came with any visual aids such as a map of Amber House. If it does, or if future prints of this story include some I would love to own a copy for my collection. This was an excellent read and I will definitely share the title with others.

This is the first book in the Amber House trilogy. It ended up being kind of a creepy, gothic mystery with some paranormal elements. It was a decent story and I enjoyed watching the mystery unravel.

I listened to this on audiobook and I think I would have been better off reading it in paper format. While the narrator does a good job with character voices and emotion, I really thought that her voice didn’t fit the tone of the story very well. The narrator’s voice was too perky for such a dark story and it kind of distracted from the mood of the story. I wouldn’t really recommend listening to this on audiobook.

Sarah Parsons travels to the mysterious Amber House with her family after her grandmother passes away. Sarah has never been to Amber House and finds out she can see images from the past in the houses halls. In the course of this she ends up unraveling some dark secrets in Amber House’s past.

This was a well done gothic read about a girl unraveling the history of both her family and Amber House. Sarah can see images from the past and has to use these images to put together all of the pieces of the house's sordid history. The son their housekeeper, Jackson, also has some special abilities.

I enjoyed how the mystery was woven together, but just had some trouble with the imagery and the point of the whole story. There are a lot of heavy gothic overtones involving madness, death, secret passages, and dark deadly spiders. The story does take place in modern times but we spend a lot of time looking into the past with Sarah.

Sarah ends up involved in a bit of a love triangle (which I dislike). She spends a lot of time with Jackson but is dissuaded from spending time with him because he’s not a suitable match (very backwards thinking for a novel set in modern times). She is also wooed by the nearly perfect Richard who is a Senator’s son and fabulous at everything.

There is a lot of intrigue in the story, a lot of people lying and doing things to get ahead of other people. Pretty much a lot of what is typically thought of as high society maneuvering for power.

The story takes a strange twist at the end that had me rolling my eyes a bit. It was just so contrived. I actually read through it a couple times because I wanted to make sure that what I thought was happening was actually happening. I didn't really enjoy the ending that much.

Overall a decent story. The story was an interesting blend of gothic elements, time travel, ghosts, and paranormal elements. I honestly didn’t find the characters all that engaging. I also wasn’t ever really totally drawn into the story. Still it was a well enough written book that this would have been a 4 star rating if not for the horribly contrived ending. The ending is an awful cliffhanger and just sooooo forced. I won’t be reading any more books in this series. However if you are a big fan of ghost stories or gothic reads you might enjoy this.

This book was so well written and the narrator was one of my favorites. She didn't try to change the voicing too much for the different characters and I personally like that so much better than having them try to change their voice for everyone. The story was great and I stayed interested through the entire book. I am excited to start the sequel.

yes I liked it so much I ordered her 2nd book

Sara because she took care of her Autistic brother.

Fantastic reading and makes you think you were there

I enjoyed this book very much! I highly recommend. Great book and reader.

A very different take on a haunted house.

The imagery and play on past and present created a wonderful tale.

The authors' description of autistic persons was spot on, very well done and not in the least bit overdone by the authors' or narrator.

I liked Sarah and her younger brother Sammy instantly ...and of course Jackson. Their mom is awful, but the book eventually explains how that came to be.

Fans of mystery, horror and TIME TRAVEL will not be disappointed!

Joint author Tucker Reed does a remarkable job bringing a cast of generations of characters (spanning back to the 1600's!) to life and making each of those characters sound slightly unique and individualized. Reed even juggles various accents at times.

Sarah Parsons is the cynical daughter of two flawed parents, who visits Amber House, a Hogwarts-level maze of rooms and, well, magic, and uses a "family gift" for touching objects and seeing into the past to piece together the "why" behind the state of her broken family.

I swear it sounded like Reed was actually crying along with the characters she and her mother and sister wrote, when those characters cried. It felt so palpable to me that this joint effort meant a lot to its authors, and I've read that many characters and events are based on their own family.

Twists and turns galore, solid narration from an author, and amending that blew my mind AND made me mist up. 5 stars.