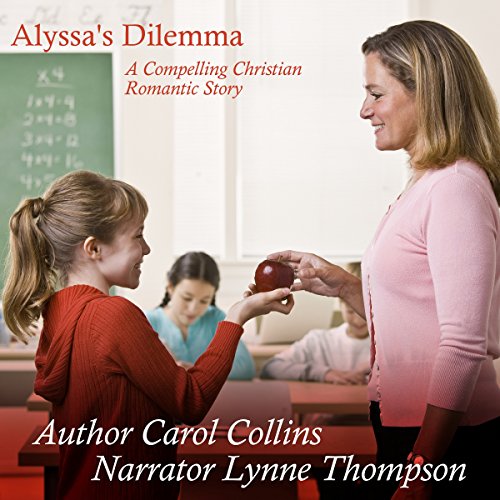 Alyssa adores her new job as a schoolteacher, even though it is not in one of London’s best areas. Young and idealistic, she visualises making a big difference to the lives of the children in her class. But it doesn’t prove as easy as she hoped, especially when 10-year-old Lucy arrives from Australia. And the girl’s father, Mark, proves even more of a challenge. Arrogant, difficult, opinionated, complicated - these are adjectives she would definitely use to describe him. And yet he is also mesmerising and visually attractive.

Despite her many reservations, Alyssa finds herself slowly but irrevocably pulled into his web as she strives to help his daughter, which proves much more difficult than expected as Lucy continues to resist any attempts to break through her hard outer shell. So will Mark be able to provide the key to unlocking his wayward daughter? And in the process, will Alyssa find a way forward for her own life and discover a faith she had previously dismissed as unimportant?

What listeners say about Alyssa's Dilemma

So uplifting a pleasure to listen to.

This book was so uplifting, a pleasure to listen to the narration by Lynne Thompson . I will be sorry when I finish this audiobook because I will truly miss all the characters.

I really liked this one. Yes there was a little about religion but the characters are human and as such make mistakes in their lives that they regret later on in life. This book is not just about romance between the two main character but also about family.
Would highly recommend.