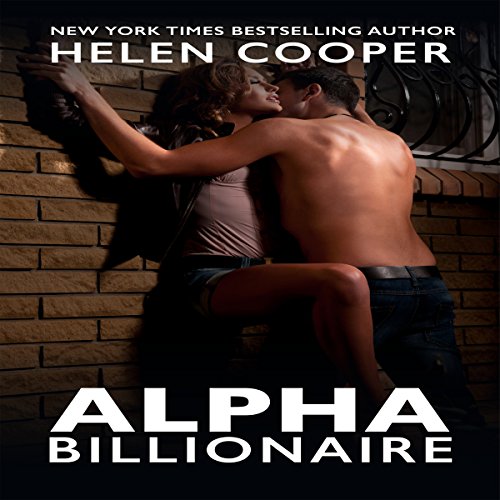 It was only meant to be one night. Evie Johnson was doing her best friend a favor when she agreed to work a bachelor party as a dancer. She hadn't expected to meet a man like Grant Slate. A man so handsome and cocky that she couldn't help but be attracted to him when he asked for a dance. And when he asked her for a private dance, she didn't want to say yes, but she couldn't stop herself. Before she knew it, she was being whisked off to his private mansion and entering his home for one night of passion. Only Evie had no idea what she was getting herself into. Grant Slate was not the man he'd appeared to be at the club. He wanted more from her than one night of passion. He was a man with secrets so deep and dark that Evie was unsure just what she was going to do.

What listeners say about Alpha Billionaire

What would have made Alpha Billionaire better?

The lack of content and super slow pacing is mind numbing and followed by the cliff hanger ending makes this story excruciating to get through.

Has Alpha Billionaire turned you off from other books in this genre?

I won't be buying anything more by this author. I feel ripped off.

I literally couldn’t get past the narrator! It sounded horrible!! Like a low budget film! I made it about 10 mins then switched books.

Get me an Ice Pack!

There is a noise in the background of part of the narration... A fan perhaps. However I enjoyed the story.