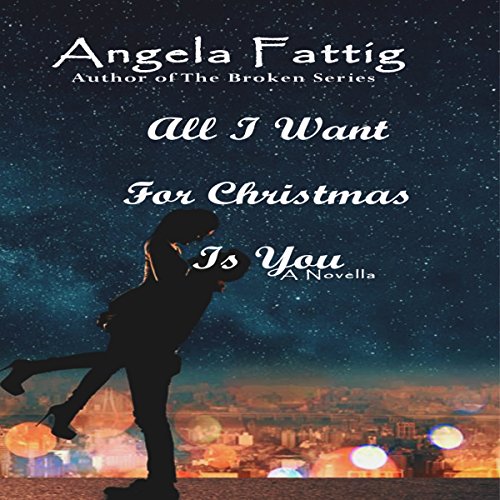 All I Want for Christmas Is You

Christmas is a lonely time for Kelly Lane. In her thirty's and single, she has given up the dream she'd always had.

Mac Brentwell is only going through the motions. Living the high profile life people believe lawyers have, he's a playboy, a different woman on his arm every night. What people don't know is that most nights he goes home alone. And he's lonely, dreaming of the day he might get that Christmas wish he had so long ago.

Kelly is the shy one, the wallflower. In high school, she fell in love with her best friend Mac Brentwell. However, she was always too shy to tell him. While standing under the mistletoe at a Christmas themed prom, Mac kissed her. She thought he had felt what she felt, but she was wrong. An hour later, she walked in on him and someone else.

Mac will never forget that dreadful night. The night all his dreams came crashing down. Kelly had walked in on him and someone else. Except it wasn't what she thought. He was consoling the girl, not making out with her. Nonetheless, Kelly ran and refused to let him explain.

Now Mac lies to Kelly just to have one last chance at winning her heart. Will the lie tear them apart, or will Kelly give them what they always wanted for Christmas?

What listeners say about All I Want for Christmas Is You

okay. honestly if the narrator read any slower, I'd have napped! seriously, it was a cute story, but I didn't enjoy it at all because the narration was so freaking slow! good grief!! killed a perfectly good story with bad narration.

I just love Author. Everything she writes makes you feel like you are right in the book with the characters. Mack is totally hot. I can't wait to keep listening or reading books by this author.