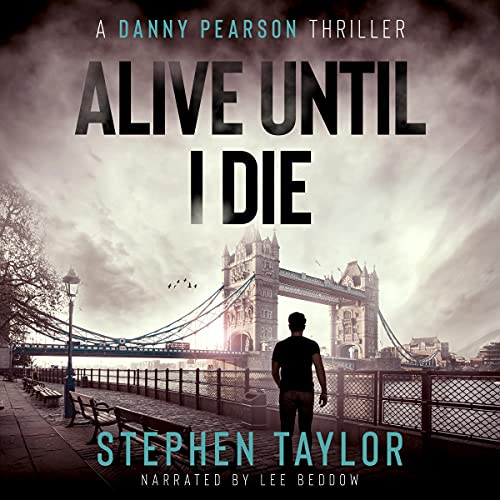 Alive Until I Die

When government cutbacks threaten Project Dragonfly, General Rufus McManus takes direct action to secure its future. Deep undercover with his life on the line, can Danny survive long enough to bring him to justice?

After the theft of a consignment of prototype rifles and the death of one of Howard’s agents, Danny Pearson is sent undercover to infiltrate a team of ex-special forces soldiers, led by his old SAS buddy Commander Rex Benton.

Things go from bad to worse when the team steals an experimental pulse weapon and plant it in an unknown venue. Danny enters into a race against time to find the weapon before it goes off, while trying to stay alive as the general terminates all links back to Project Dragonfly.

Alive Until I Die is the fourth in the Danny Pearson Thriller series. If you like evil villains and breathtaking action, then you’ll love Stephen Taylor’s fourth chilling action thriller.

What listeners say about Alive Until I Die