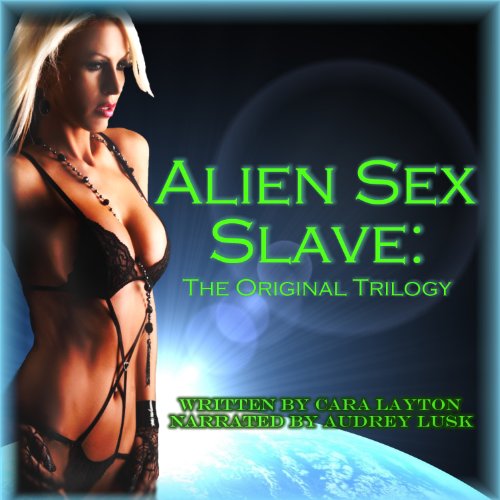 By: Cara Layton
Narrated by: Audrey Lusk
Try for £0.00

Alice moved to Washington D.C. a few years ago and started work in a nice little strip club. It wasn't long before a married and wealthy senator took a liking to her. In exchange for sex, he bought her everything that she desired. But when alien invaders arrived in the city, demanding something of a human sacrifice, the senator betrays Alice. He and a panel of the nation's leaders send her with the aliens, fulfilling their request and saving the planet from an intergalactic war.

What do these alien creatures want with her? Their sexy intentions become clear when Alice is taken to their ship and meets the creatures herself. As they take the shape of humans, they probe Alice's body in ways that she had never experienced before.

Too soft for my taste.

Kind of soft core for my taste. Expected different kind of species, something more extreme, I preferred part three the best because of tentacle.