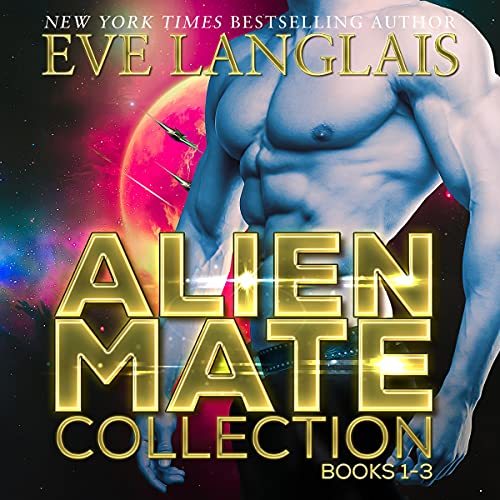 From the sands of white Mexico, to the Xamian home planet, and the vast galaxy in between, three different tales of alien love with a large dose of humor and pleasurable probing.

Alien Mate 1: Diana is ironing her underwear when the hottest blue babe in the galaxy appears in her living room - naked. Abducted, decontaminate,d and dressed like a harem girl, she’s been chosen to become the alien’s mate.

Alien Mate 2: Maya's been raised to believe in extra-terrestrials, and when she saves a sexy blue one from drowning, she can't resist taking him home-and into her bed.

I hesitated ordering this book because I was afraid it would be the typical alien romance but I am familiar with both the author and the narrator so I was hoping that I would be pleasantly surprised. I love alien romances but I’m always looking for something with just a little bit of difference than the usual formula. This was more erotica then romance and I ended up not even finishing the first book.