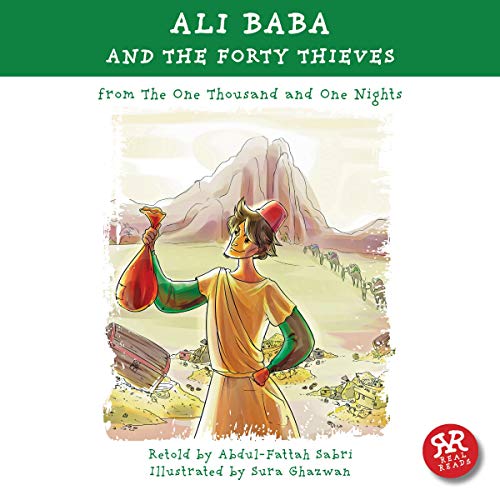 Ali Baba and the Forty Thieves

By: Abdul-Fattah Sabri
Narrated by: Rob Penman
Try for £0.00

The horsemen stopped close to where Ali Baba was hiding. He could scarcely breathe. As they dismounted, he counted them - there were 40 in all, and they were carrying bags of gold, silver and precious stones.

When Ali Baba goes into the forest as usual to gather wood to sell, he can hardly imagine that it is the start of an amazing adventure that will change his life.

After he discovers the secret of the treasure cave, his good fortune soon turns into terrible danger. Can he ever live safely again with his wife and family?

Ali Baba's brother, Cassim, is a rich man but cares little for the happiness of others. Where will his selfishness lead him?

Morgiana, the servant girl, is faced with a deadly crisis. Is she clever and brave enough to save herself and Ali Baba's family from destruction?

What listeners say about Ali Baba and the Forty Thieves