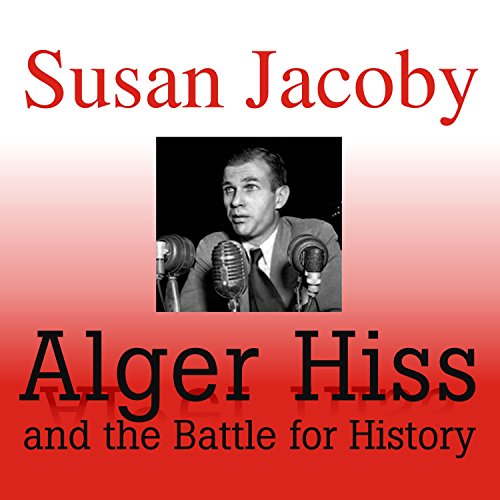 Alger Hiss and the Battle for History

By: Susan Jacoby
Narrated by: Laural Merlington
Try for £0.00

The trials of Alger Hiss for perjuries committed before the House Un-American Activities Committee in the late 1940s form the matrix for Jacoby's work. She assumes listeners already know a great deal about the politics, history, and personalities of the time, pushing her analysis beyond the scope of many general readers. Narrator Laural Merlington briskly renders the long sentences and complex phrases at a pace agreeable for most audiobooks, but the avalanche of information coming at such a speed may require occasional rests. Her neutral, disciplined approach interprets this nonchronological history with only a hint of inflection, a method preferred by many fans of nonfiction. To her credit, she has excellent diction and the ability to pronounce the vast vocabulary to near perfection.

Books on Whittaker Chambers and Alger Hiss abound, as countless scholars have labored to uncover the facts behind Chambers's shocking accusation before the House Committee on Un-American Activities in the summer of 1948---that Alger Hiss, a former rising star in the State Department, had been a Communist and engaged in espionage.

In this highly original work, Susan Jacoby turns her attention to the Hiss case, including his trial and imprisonment for perjury, as a mirror of shifting American political views and passions. Unfettered by political ax-grinding, the author examines conflicting responses, from scholars and the media on both the Left and the Right, and the ways in which they have changed from 1948 to our present post-Cold War era.

With a brisk, engaging style, Jacoby positions the case in the politics of the post-World War II era and then explores the ways in which generations of liberals and conservatives have put Chambers and Hiss to their own ideological uses. An iconic event of the McCarthy era, the case of Alger Hiss fascinates political intellectuals not only because of its historical significance but because of its timeless relevance to equally fierce debates today about the difficult balance between national security and respect for civil liberties.

"Fascinating, accessible, and persuasive, Susan Jacoby makes it clear why the Hiss case and the diverse responses to and uses of it matter." (Harvey J. Kaye, author of Thomas Paine and the Promise of America)

What listeners say about Alger Hiss and the Battle for History