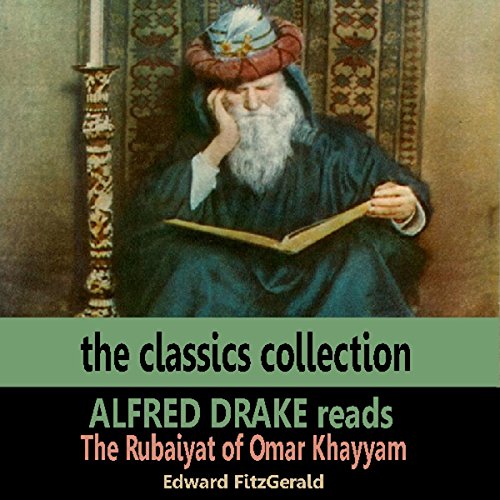 Omar as he should be

A great voice and Drake brings out all the nuances and emotions that Omar needs.

This recording is one of the editions between 1 and 5, those being the two editions I have to reference in my Dover copy of the work. While lacking maybe a dozen quatrains present in the 5th ed., the language is nearly the same, but I'll speculate no further on which edition​ this represents.

The narrator Alfred Drake has a fine voice and sounds like he could have delivered a much better recitation than he did here. I found it inconsistent enough to detract from the score, but I don't think that should deter any fans of the poem specifically or of epigrams in general.