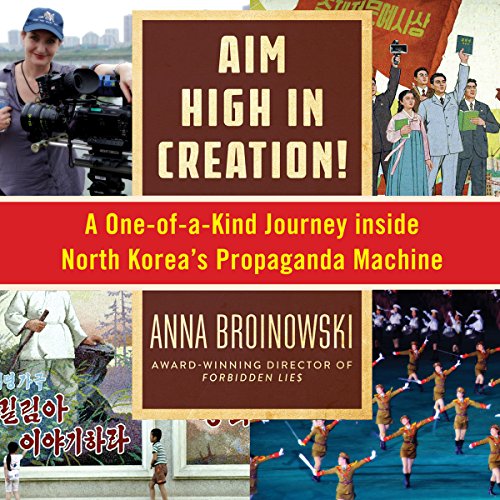 When Anna Broinowski learned that fracking had invaded downtown Sydney, she had a brilliant idea: she would seek guidance for a kryptonite-powerful, anti-fracking movie from the world's greatest propaganda factory - apart from Hollywood. After two years of trying, she was allowed to make her case in Pyongyang and was granted full permission to film. She worked closely with the leading lights of North Korean cinema, even playing an American in a military thriller. Interviewing loyalists and defectors alike, Anna explored the society she encountered. She offers vivid, sometimes hilarious descriptions of bizarre disconnects and warm friendships in a world without advertisements or commercial culture. Her book, like the prize-winning documentary that resulted from her visit, is a thoughtful plea for better understanding.

What listeners say about Aim High in Creation!

Not sure how the author managed to make such an interesting subject so dull and not interesting. The narrator is good except for annoying foreign accents.