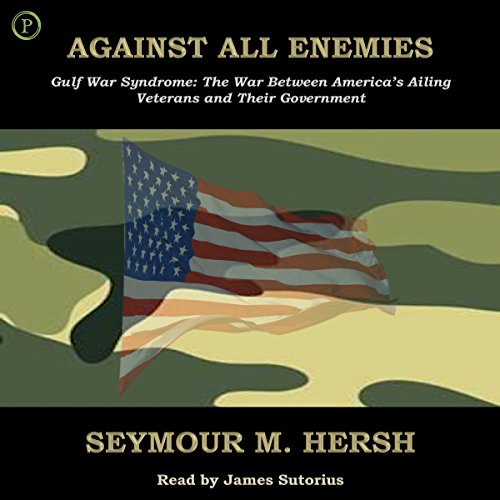 By: Seymour M. Hersh
Narrated by: James Sutorius
Try for £0.00

Why did the system fail the Gulf War veterans? Did its leaders have an obligation to speak out on behalf of the veterans and demand that America's military hospitals stop turning them away? Here are Hersch's opinions on and answers to these questions.

Investigative journalist and author, Seymour M. Hersh, is a regular contributor to The New Yorker magazine on military and security matters. He has won two National Magazine Awards, is a five-time Polk winner and was the recipient of the 2004 George Orwell Award. He first gained worldwide recognition in 1969 for exposing the My Lai Massacre and its cover-up during the Vietnam War, for which he received the 1970 Pulitzer Prize for International Reporting.

What listeners say about Against All Enemies